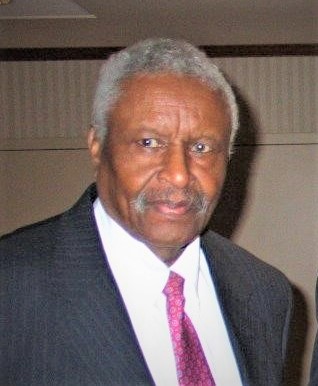 Today we are here to celebrate the life of Lovett Daniel Jr.  He lived a long and wonderful life and went home to be with the Lord on April 28, 2019, at the age of 89.

Although a native of Harrisburg PA, Lovett spent many of his childhood years in the state of Georgia, gaining his early education in the Shellman Vocational School system.

In 1951, He joined the US Army and served with honor and distinction during the Korean War.  After his military service he held many rewarding positions with several companies such as the Penn Harris Hotel, International Harvester, and The Hershey Company where he retired in 1993.

Lovett was also an avid sports fan.  You could find him in any local arena cheering on his favorite teams, (most notably Philadelphia Sixers basketball), or in front of the television whenever any type of ball was thrown about.

However, to us, he will be best known for is love and dedication to family.  Lovett was a great provider, and could be counted on to meet his family’s needs.  He was the type of person to always lend a hand, or offer sound advice in troubled times.  His love and wisdom will surely be missed by all who have come to know him.