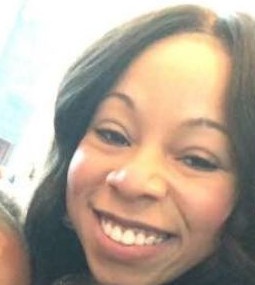 Lynette Alicia Lane, 23, was the daughter of Mary Easton and Purcelle Lane Sr. She was born on July 18, 1998, in Harrisburg, Pennsylvania at the former Harrisburg Hospital.

Lynette received her early formal education in Rome, Georgia. Upon the families return to Harrisburg, she graduated from John Harris High School, Sci-Tech Campus in 2016.

She accepted the Lord Jesus Christ as her personal savior, was baptized in 2010 and received the gift of the Holy Ghost in 2013.

Lynette enjoyed working and obtained her first job at Hershey Park. She enjoyed people and worked in the service industry for multiple years. Lynette was one of the original “Chick-fil-A” employees at their Harrisburg restaurant, in addition she spent time working at “TGI Fridays” and “Applebee’s” until she became a full-time mother to her precious daughter.

In her leisure Lynette enjoyed music, singing, spending time with her family and raising her daughter. She had an infectious smile that would light up a room and laughter to match. Although she was small in frame, she had a huge heart.

Social distancing and wearing of masks are strictly enforced; even if fully vaccinated. Thanks for your cooperation.  Live-Streaming of service available on our menu tab or via Hooper Memorial Home, Inc. YouTube link: https://youtu.be/Cfees6RWmfU

To order memorial trees or send flowers to the family in memory of Lynette Alicia Lane, please visit our flower store.