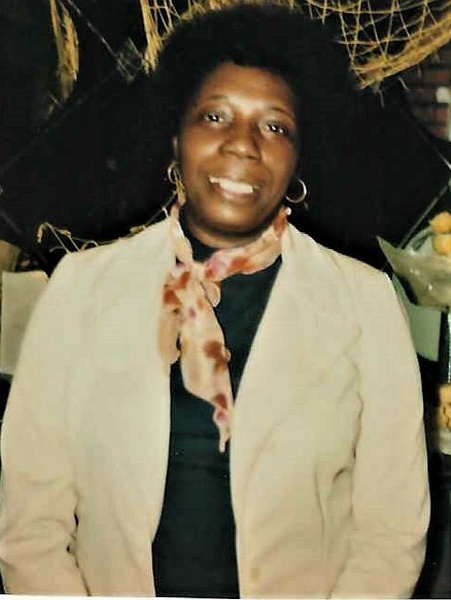 Marie Grace Jones, affectionately known as Grace or "Gracie" by her family members and friends, was born on Thursday October 28, 1937 in Harrisburg, PA to the union of the late James Lester Sr., and the late Eliza Jane McNeil Lester.

Gracie was united in Holy Matrimony to Robert A. Jones Sr on May 7, 1954 and they remained married for 66 years and their union was blessed with one child Robert "Bobby" Jones Jr.
She attended Susquehanna Township High School and completed her graduation equivalency diploma. During her working career she was an employee of EDS, now known as Hewlett Packard from which she retired. She re-entered the workforce with the Commonwealth of Pennsylvania, Department of Revenue where she then retired after several years of employment.

Having accepted the Lord as her personal Savior, Gracie was one of the orginal 17 members of McCullough Memorial Church where she served under Pastor William "Skuggy" Jones. During her tenure she served as a Minister, Chairman of the Flower Committe, and member of the, Choir, Usher, and Vice President of the Missionary Board. She later rejoined Cornerstone Church of the Living God formerly Highland Street Church under the Pastorate of Elder Kelly L. Deeds. As a faithful member of Cornerstone she played the Organ and served on the Mothers board and was always there to lend a helping hand to everyone.

On Sunday October 18, 2020, Marie Grace Jones at the age of 82 years, peacefully transitioned into eternal life. In addition to her parents, Gracie was preceded in death by her three brothers, Zacharias, James, and Archie. Her two sisters, Lulla Mae Lester-Stone and Anna Louise Lester-Jackson. Precious memories of her will be cherished by her husband Robert Jones Sr.;  her son, Robert "Bobby" Jones  Jr. of Harrisburg, PA; her grandchildren; Bobby Jones, Jonea Jones, Sade Jones, Grace Jones, Ty Jones, and Jamie Jackson, devoted sister-in-law and She was loved dearly while she was here and will be missed.

All COVID-19 restrictions will be followed, including social distancing, mask and hand sanitation. All are welcome to greet the family during the viewing hour, however, the funeral service will be by invitation only.

To order memorial trees or send flowers to the family in memory of Marie "Grace" Jones, please visit our flower store.