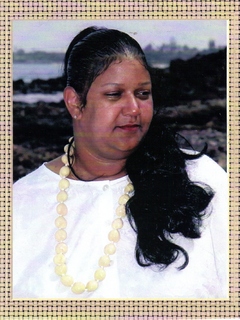 Maritta L. Adley, 59 of Lewisberry and formerly of Harrisburg passed peacefully at home on March 26, 2017. Rita as she was affectionately known was the daughter of Loretta Adley and the late John Archer, she was also predeceased by her grandmother Mabel Adley and her brother Scottie Brown. Rita was a Police Officer for the City of Harrisburg and had memberships with the Fraternal Order of Police; Friendship Force, Civil Air Patrol, Red Cross, â€œUp with Peopleâ€, FCC and the Susquehanna Council of the Arts. Along with her mother she leaves her husband, George Black; her siblings Stephanie (Frank) Folkes, Angela Hilliard, Otto V. Banks and Richard Brown, several nieces and nephews and a host of relatives and friends.
To order memorial trees or send flowers to the family in memory of Maritta L. Adley, please visit our flower store.
Send a Sympathy Card
Send a Sympathy Gift