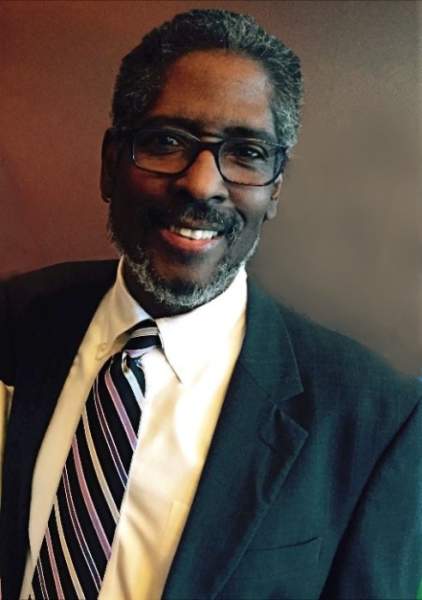 Beloved son, husband, father, sibling, and friend Mark Everett Morrison died on October 7, 2018 due to complications from sickle cell disease. Mark was born on March 24, 1960 in Harrisburg, Pennsylvania to Grace Fulton Morrison and her husband, the late Honorable Clarence C. Morrison. Mark attended Harrisburg Academy for elementary school, then transferred to Susquehanna Township for Middle and High School, where he made lifelong friends. Despite having sickle cell disease, Mark lived life to the fullest. Following high school, Mark attended Bucknell University, graduating with a Bachelor of Arts degree in English. He then attended the Dickinson School of Law, where he earned his Juris Doctorate degree, and met the love of his life, Kathy Weaver Morrison. They were married in 1984 and celebrated 34 years of marriage in August this year. Mark's legal career began at the Dauphin County District Attorney's office, then headed by the Honorable Richard A. Lewis. While at the DA's office, Mark helped found the Dauphin County Victim Witness Program and served as board president for a period of time. Mark then spent ten years as a Senior Deputy Attorney General with the Pennsylvania Office of Attorney General. While serving with the OAG, Mark also taught continuing legal education sessions and served on the board of the Pennsylvania Bar Institute, the teaching arm of the PA Bar Association. Mark's government service continued at the U.S. Department of Justice, where Mark served as Assistant U.S. Attorney and Civil Chief for the U.S. Attorney's PA Middle District Office. Mark was a trained crisis peer counselor, and following the 9/11 attacks, spent several weeks in New York supporting and counseling colleagues in the NY U.S. Attorney's Office. Through it all, Mark was an incredible husband and father. A true feminist, Mark supported Kathy's career and was an equal opportunity hands-on Dad. Following his daughters' births, Mark took paternity leave, mastering diaper changes, feeding, burping, and wearing a bathrobe all day long while cuddling and carrying around a beautiful baby. As his daughters grew, Mark packed their school lunches, sang to them in the morning, joyfully attended their activities and patiently taught them to drive. He was so proud to see Sarah and Celia graduate from college and grow into adulthood. Mark's patience, kindness, and immense love for his fellow human beings made him a great son, husband, father, family member, and friend. Mark was a very perceptive and non-judgmental listener, advisor and mentor. People trusted Mark with their worries and concerns. Mark also had a great sense of humor and enjoyed a good joke, both on the receiving end and the giving end. Mark kept things light, went for the pun, and people often found themselves smiling or laughing while with him. Everyone that knew him agrees they are better for it. Mark was preceded in death by his father the Honorable Clarence Christopher Morrison. He is survived by his mother, Grace Fulton Morrison, aunt Miriam Fulton Wigfall, brother Derricott M. Morrison Sr., wife Kathy Weaver Morrison, daughters Sarah and Celia Morrison, sisters and brothers-in-law Karen and Greg Baughman, Kay and Rick Tipton, Kimberly and Arthur Marcello, parents-in-law C. Wilson and Anna May Weaver, special family members Stephanie Morrison and godmother Miss Nellie Banks, cousins, nieces, nephews, and countless friends. The visitation and funeral will be held at Paxton United Methodist Church, 3550 North Progress Avenue, Harrisburg PA. Visitation will be Tuesday, October 16 from 5-8:00PM. Mark's funeral will be held on Wednesday, October 17 at 1:00PM, preceded by a brief viewing/visitation at noon. In lieu of flowers, please consider donating blood in Mark's memory, or donate to the South Central PA Sickle Cell Council, 2000 Linglestown Rd. Suite 103, Harrisburg, PA 17110.

To order memorial trees or send flowers to the family in memory of Mark E. Morrison, please visit our flower store.