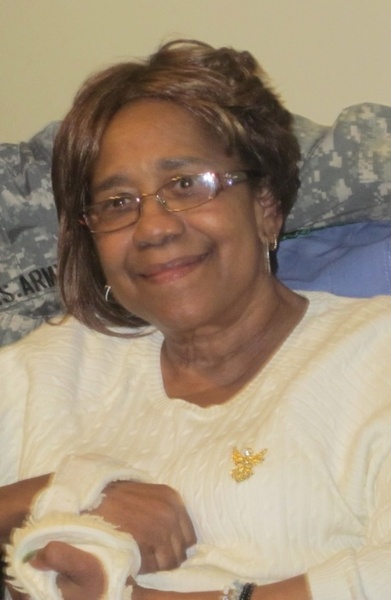 Mary Helen Holland, 79, of Harrisburg passed away Thursday, January 4, 2018.  She was born in Danville, Virginia, the daughter of the late Emma Edna Lee and John Spencer Walters.  Mary was a dedicated homemaker and wife to the late Lawrence Harry Holland.  Mary moved to Harrisburg, Pennsylvania in 1969.  Mary enjoyed working in her gardens, growing tulips and roses as well as growing tomatoes and strawberries.   Mary’s hobbies included fishing, playing bingo, playing card games, crossword puzzles and going to casinos.  Mary enjoyed listening and dancing to music.  Mary enjoyed having her grandchildren be around her – seeing them off to kindergarten, playing out in the circle, doing their hair, playing in the backyard in the pool or going down the slip n slide.  Mary also enjoyed being around family and would have the best and most awesome family cookouts for everyone.

The family of Mary Helen Holland gratefully acknowledges your thoughts, prayers and expressions of sympathy during their time of bereavement. The family would also like to thank those for the food donations.