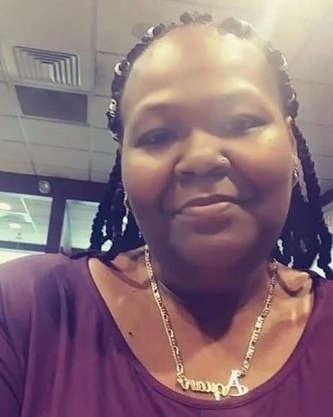 Michelle Kemper, 51 of Mechanicsburg PA, unexpectedly passed away on August 10, 2022, at the Penn State Health Holy Spirit Medical Center. Michelle Kemper was born in Harrisburg, Pennsylvania on September 16, 1970. She was the daughter of the late Charlene Kemper and the late Larry Prunty.

Michelle was formally educated in Harrisburg School District, and later in life was formally employed by Goodwill Industries in Harrisburg PA. Most precious to her was spending time with her children, grandchildren, and dogs. In her spare time Michelle loved reading and collecting reborn dolls.

Michelle leaves to celebrate her life and memory her five children; Tiyrell Stanback of Steelton, PA, two daughters, Sheniqua Kemper and Miyona Kemper her son Kemonte Kemper and her godson, Brian Hairston all of Mechanicsburg, PA, one sister Trina Elliott Of Steelton PA, two brothers, Marc Prunty and Michael Jeter. She also leaves her five grandchildren; Tykia Stanback, A’Dore Kemper, Londyn Kemper, Tiyeion Stanback, and Kenzo Kemper. As well as a host of family members and friends. Michelle Kemper was proceeded in death along with her parents, her brother Derrick Kemper, and her son, A-quan Kemper.

The family would like to thank you for your condolences and support during this most difficult time.

Social distancing and wearing of masks are strictly enforced; even if fully vaccinated. Thanks for your cooperation.  Live-Streaming of service available on our menu tab or via Hooper Memorial Home, Inc. YouTube link: https://youtu.be/SvCnwH_VIQo

To order memorial trees or send flowers to the family in memory of Michelle R. Kemper, please visit our flower store.