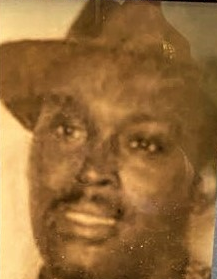 Moses Lee Jr., affectionately known as June or Mr. Lee of Susquehanna Township, entered into eternal rest surrounded by his family on August 2, 2020 at the age of 93. He was the only son of the late Moses and Laura (Dean) Lee of Milledgeville, Georgia. Preceded in death by his wife of 56 years, Areatha (Lawson) Lee, son Wayne Lee, and daughter Lorraine Warren. Moses was a former member of New Hope Primitive Baptist Church in Steelton where he accepted Christ as his Lord and Savior.

Moses received his education in Milledgeville, GA and moved to Harrisburg in the early 50’s along with his parents. He worked construction for 10 years where he helped build the Capitol, and Jackson Lick Apartments, he also worked at Bethlehem Steel, and Taylor Wharton a Division of HARSCO where he retired with 27 years of service.

Dad was an immaculate dresser he loved looking good with his 2 closets full of suits, shirts, hats, shoes and over 200 ties. He loved to socialized at his favorite spots Mr. G’s, and Your Place. He loved old westerns, listening to Frank Sinatra’s “I Did It My Way”, Nancy Wilson, Nat King Cole, and Brook Benton were just some of his favorite artists to listen to. Dad’s favorite saying was he knew the difference between potato salad and coleslaw. He loved cookouts and would make all this food then leave and tell you to save him a plate. He loved playing checkers with his sons because they could never beat him. His treasured moments were his father of the year plaque awarded to him by his church, and speaking at his grandson Dexter’s school regarding his experiences down south.

Surviving are his children, Barbara Barnes, Ronald Lee, Brenda (Brian) Chaney, Tyrone (Tina) Lee, Cassandra Lee, Mose Lee III (Miyosha), and Tonya Huston. He also leaves brother and sister-in-law Alfred and Francena Bullock of Philadelphia. As well as a host of grandchildren, great-grandchildren, great-great grandchildren, relatives and friends. A special thank you to Homeland Hospice for your service to the family.

Burial will be private at Paxtang Cemetery at the family’s convenience.

To order memorial trees or send flowers to the family in memory of Moses Lee Jr., please visit our flower store.