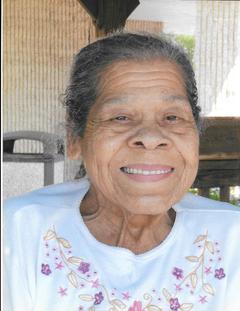 It's impossible to cover the life of Nawassa Madden in so short a space. A life that spans a time when movies were silent, telephones rare and television non existent to home theaters and smart phones. Nawassa was born March 25, 1921 in the mountains of Virginia. She  peacefully passed September 7, 2016.

Her earliest years were spent running free and wild in the mountains. The nickname then was Tiddyboo because her younger brother mixed her real nickname Tiddlywinks with her sister's, Boots. Later uncomfortable with her unusual Cherokee name, Nawassa, she called herself Peggy. The family moved to Pennsylvania and settled in Edgemont, a mostly rural area in those days.
As an adult she answered her country's call for women to work in formerly male occupations and became an airplane mechanic for the military. Ignoring the sexist resentment of the permanent male mechanics her team excelled.They were handpicked for assignment in Alaska but it was not to be as the base there did not have living quarters for women.

She loved gardening and turned her home into a virtual jungle of trees, hedges,flower beds and rose bushes. Nawassa expressed her artistic side with beautiful embroidery,crochet and sewing. She could make clothes from scratch using a newspaper to trace the patterns and sew them by hand. But her fantastic cooking is the talent most remember.

In her latter years she fell victim to Dementia. An extended seizure resulted in a hip breaking fall and subsequent placement in a nursing facility. It also exacerbated the effects of the disease.
Nawassa was predeceased by her parents, siblings Mabel, Turner,Oscar, Daniel,and children Lainie,Ramona and John. She leaves to celebrate her life her children Joyce, Lynette and Michael, nine grandchildren, twelve great grandchildren, five great great grandchildren,and numerous nieces and nephews.

Although complicated and mercurial there is only one clear description of this extraordinary lady. Nawassa was a maverick, ever the untamed mountain child walking her own path,not giving a second thought to those who disapproved of her choices. Now released from age and pain she once again runs free and wild, safe with God and surrounded by the many, many loved ones she had lost over her long and full life.

Mom, you never let anyone break you or mold you into what they wanted you to be. May that strength and freedom to be true to themselves live on in those you've left behind.