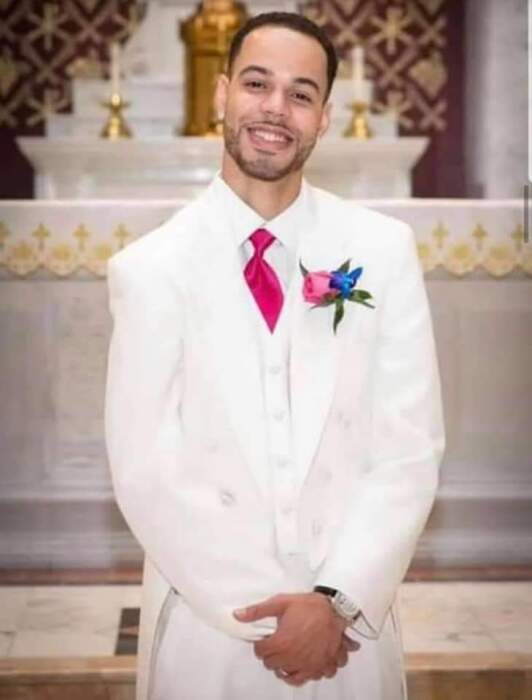 Nicholas was a member of St. Margaret Mary’s Parish and attended The Greater Zion Missionary Baptist Church as often as he could. Nicholas participated in various organizations and served as a mentor to many aspiring athletes, musicians, and entrepreneurs. Nick was a dedicated, committed, and hardworking ball player that worked to improve his craft daily. He was a member of the Central Penn Knights basketball team and later served as an assistant coach, alongside his brother, at Harrisburg Area Community College. His love for the game made him the greatest of fans for his favorite ball clubs, the Duke Blue Devils and the Golden State Warriors. In addition to basketball, Nick loved the game of golf and had developed quite the impressive shot over the years. Other favorite pastimes were riding his motorcycle, video games, and spending time with his family & friends.

Nicholas also served as a board member for the Millicent Hooper Foundation, a foundation that was established to continue the work of his grandmother throughout the community. He was a proud member of the Sneakerheads of PA, as an avid collector of the finest footwear for the past 10 years. Nick enjoyed educating his whole family about why each sneaker release was “so dope” and why he HAD to have them!

Nick was often sought out for his generosity, kindness and willingness to give you the shirt off his back!  He felt blessed to have grown up with so many great mentors, including his Pop-Pop, Uncle Stewart, and his brother Jon. It was important to him to be able to provide that same mentorship to others, which is what led him to want to coach, be a loving husband, father, and son.

Nick had a great love for all music, and especially, the music of his generation. The sound of a good beat often inspired him to want to create the kind of music he loved. It was something Nick was excited to start again after recently updating his studio.  He often said, “I just need one good one to make it big!” Illa Squad, Star City’s Finest!

** Words cannot express the heaviness we feel in the passing of Nicholas Sr. Yet, we are so appreciative of the generous contributions to the scholarship fund for Nicholas Jr.; the hundreds of cards sent, the heartfelt condolences, the flowers, the calls and the meals provided to our family. We are so grateful to our extended family and so many friends who stood with us in our time of sadness and sorrow.  We are forever thankful for your love and kindness; Gina, Angela, Nick-Nick, Jon and Amanda and the entire Branam Family. **