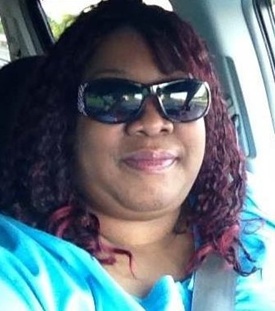 Nonya Ashe-Wallace, known to many family and friends as “M&M” passed away peacefully on August 1, 2018 at the young age of 41.

In 1995, she began working in finance, working at various banks and credit unions, where she built friendships with various people.  Nonya cared about many people and would often put others first before her own needs.

She is survived by her husband of 20 years, John Wallace, her only daughter Athaiah, younger sisters, Deanna and Clarissa Ashe, parents, Larry and Theresa Ashe, as well as a host of aunts, uncles, cousins, and other relatives and friends.

A Go Fund Me page has been established to support her daughter and husband during this difficult time.

To order memorial trees or send flowers to the family in memory of Nonya Ashe-Wallace, please visit our flower store.