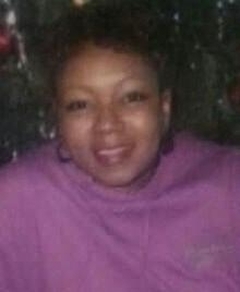 Patricia A. Dayd, 58 of Harrisburg, passed away peacefully on Thursday, April 21, 2016. She was the daughter of the late Charles Finley Sr. and Beverly Grannison, and step-father Kenneth Grannison, also predeceased by her son, Douglas Ford Jr. Patricia retired as a Supervisor from the Commonwealth of PA, Department of Transportation. She graduated from Harrisburg High School Class of 1976. She was a member of The Greater Zion Missionary Baptist Church, enjoyed crocheting, computers and shopping on QVC. She leaves to mourn her passing and to celebrate and cherish her legacy granddaughters; Jaâ€™Ana Plant, Tiâ€™Lee Brown-Ford; step-mother Catherine Finely, half-brother Charles Finley Jr., half-sisters; Kim Casey, Stephanie Summerford and a host of relatives and friends.
To order memorial trees or send flowers to the family in memory of Patricia A. Dayd, please visit our flower store.