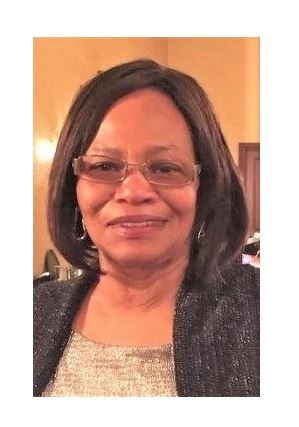 Patricia Vandora Sweatte, (“Trish”), a faithful servant of the Lord and a dedicated mother, went home to be with the Lord on June 26, 2021.  She was born in Gaffney, South Carolina on Friday, February 28, 1947, to the late James C. Wilkins and Jestine Wilkins.  Patricia was the fifth of ten children born to this union.

She graduated from Granard High School in 1965.  As a teenager, she gave her heart to the Lord, sang on the choir and was a member of Philadelphia Baptist Church.  After graduating from high school, she moved to New Jersey where she briefly attended business school. As a young woman, she was employed at Blue Cross-Blue Shield of New Jersey until she married in 1966 and later was employed with the United States Postal Service in New Jersey. Trish was also a member of Agape Family Worship Center where she sang on the choir.

She continued working for the post office an additional two years after she re-located to Harrisburg, Pennsylvania in 2004. She retired from Rohrer’s Bus Company in 2012 and Giant Food Stores in 2020.  Before joining Cornerstone Baptist Church where she served as a greeter and in the nursery, she was a member of Gospel Fellowship Church.

She had a true servant’s heart and demonstrated her love for people through her cooking, prayer and conversation.   She loved gospel music, encouraged her children and many others whose lives are forever touched by her consistent example of Christ’s love. She had a special way of making sure each of her children felt like they were an only child and showed them the closest thing on Earth that they will ever see to Christ’s unconditional love.

To order memorial trees or send flowers to the family in memory of Patricia Sweatte, please visit our flower store.