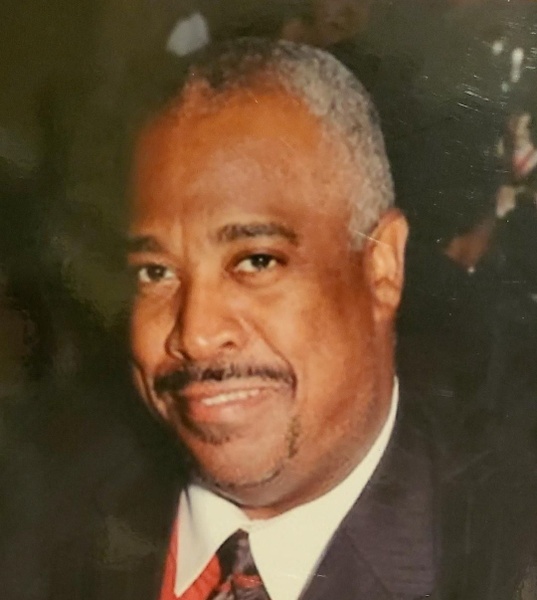 Paul “Osei” Hughes Carey, affectionately known as “Bunny,” was born Friday, March 14,1958, in New York City, NY, to Paula C. Williams and was reared in Brooklyn, NY. At his home, on Saturday, November 13, 2021 at 1:14pm he peacefully transitioned with his wife, daughter and mother-in law by his side.

As a young man, Paul was a member of the Boy Scouts of America where he received the highest award achievable as an Eagle Scout (Order of the Arrow) Award, and later the Eagle Palms Award. He received his early education in the New York City Public School System where he went on to graduate from George Westinghouse Vocational and Tech High School in Brooklyn, NY. He continued his education at the University of Buffalo-SUNY where he received a Bachelors degree in African American Studies and Political Science.

While attending the University of Buffalo, Paul had the distinction of being one of four young men to be selected and initiated into the Kappa Alpha Psi Fraternity, Inc. (Phi Chapter Spring ’80). This line, New Birth of Phi Chapter, had the honor of reactivating the chapter after 52 years. Paul eventually joined the Brooklyn Alumni Chapter where he met Geoffrey “Jeff” Gross. They became close friends and sought to inspire and provide a new, diverse perspective and voice of Kappa principles in the borough of Queens, NY. Paul and Jeff were instrumental, in addition to 13 other charter members in starting the Queens Alumni Chapter on March 10, 1990. Thirty-one years later Queens Alumni is still one of the leading chapters in the Northeastern Province and the Fraternity as a whole.

Having earned a Masters degree from Temple University in Africana Studies lead by Dr. Molefi Kete Asante; Paul loved and lived African history so much so that he studied under the best in the field such as Dr. Yosef Ben-Jochannan, Dr. Leonard Jeffries, Dr. John Henrik Clarke as part of the First World Lecture Series in Harlem, NY in the 1980’s and 90’s. Paul made a pilgrimage to Egypt in the 1980s which solidified his love for all things related to Africa and African history.

At an early age, Paul was confirmed and baptized at St. Augustine’s Episcopal Church in New York City where he served as an acolyte and an usher. Upon moving to Harrisburg, PA, he united with the Goodwin Memorial Baptist Church and later joined Solid Rock Missionary Baptist Church where he was a member of the Men’s Ministry and volunteered during Vacation Bible School.

In 1994, he united in Holy Matrimony with Yolonda West and from this union came two daughters, Yasmin and Rickia. Paul and Yolonda celebrated 27 years of marriage on August 6, 2021.

Paul enjoyed a very diverse career, where he worked for the Port Authority of New York and New Jersey and the World Trade Center. After moving to Harrisburg, he worked for the Human Relations Commission for several years. He then became employed by the Milton Hershey School for 20 years where he taught 8th Grade Social Studies. During his tenure, he served as the Chairman of the Social Studies Department for four years, created and became the advisor for the Model UN Club where his students won an award for their Water Project in the first year of the program. In addition, he developed an after-school Culture Club Program for students to enhance their knowledge and understanding of African and World history. Paul loved teaching his students not only history, but also about life and how to think critically and to do their own research on a subject matter to seek the truth and determine how it impacted their lives. Paul valued the relationships he had with his colleagues at the Milton Hershey School and they continued to be good friends until he recently parted this life.

In the community, Paul was an active life member of the Kappa Alpha Psi Fraternity, Inc. and also served as the Social Action Chairman of the Northeastern Province Council for several years. As a life member, Paul continued his service with the Harrisburg Alumni Chapter of Kappa Alpha Psi as the Social Action Chairman for the fraternity. In addition, Paul was well known and respected for his knowledge of Caribbean, African and World history. He sat on many committees and was instrumental in reactivating and became President of the National Panhellenic Council of Harrisburg. Paul was a founding member of the Sankofa Study Group in 2005, which spearheaded the establishment of Sankofa21 Institute in 2018 where he served as President/CEO. Sankofa21 Institute is a Saturday school that teaches underserved youths about their history/culture, technology and financial literacy. Paul also created the Sankofa21 African Teacher Radio Show where he interviewed community leaders and African scholars to highlight the paradigm of “The Global African Experience.” Serving the community and teaching others about their history was his passion.

During his leisure, Paul loved listening to inspiring music from Bob Marley, Keb Mo, and Steele Pulse. He was an avid reader especially of history, culture, biography and religion. Paul also loved the rich history, people and Junkanoo of the Bahamas. He thoroughly enjoyed spending time with his mother’s side of the family in the Bahamas. He was passionate about cooking, and spending time with his family and friends.

Paul was preceded in death by his son Anthony Christian and brother Michael K. Williams. He leaves to cherish precious memories, his loving and devoted wife of 27 years Yolonda E. Carey; his daughters, Cynthia Artis (Milton), Yasmin Carey, and Rickia Carey, 2-step sons Dominic Dupont (Stacy) and Nolan Dupont; 1 grandson Amari Artis; his loving mother Paula C. Williams, and his sister Clementine (Clemmy) Butler. He was also lovingly cared for during his illness by his mother-in law Dorothy M West, RN, supported by his close friends Walter and Abigail Howard and leaves a host of nieces, nephews, and other relatives and friends.

Asante Sana
(Thank you very much),

Social distancing and wearing of mask are required at ALL times, even if fully vaccinated.
Live-Streaming of service available via Solid Rock Missionary Baptist Facebook website:
https://www.facebook.com/solidrock717/

To order memorial trees or send flowers to the family in memory of Paul "Osei" H. Carey, please visit our flower store.