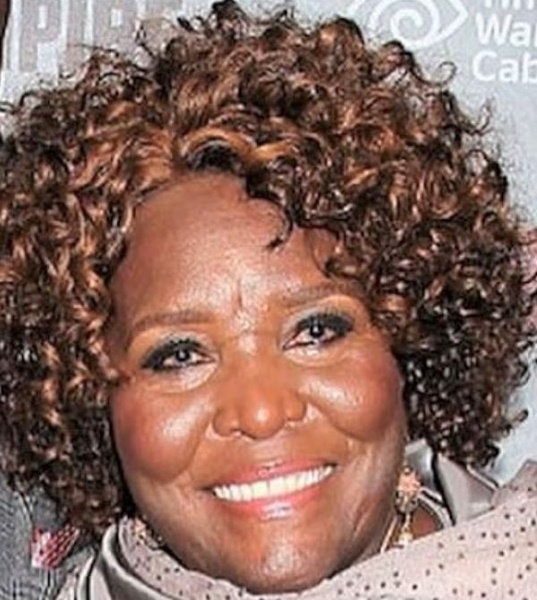 Paula Cynthia Helen Thompson Carey-Williams, affectionately known as “Lady P” was born in Nassau Bahamas on December 31, 1927, to May Elizabeth Hanna and Kenneth Thompson. On Thursday, July 14, 2022 at 7:30am, she peacefully transitioned with family by her side.

Paula was the youngest of five siblings and grew up in Grants town on the hilltop in Nassau Bahamas.  She attended The Western Senior Central School for her elementary education and went on to high school briefly but decided to take sewing classes and became a master seamstress. In her teenage years, Paula worked at Mortimer Candy Kitchen wrapping candies. She was an active member of St. Agnes Anglican Church in Nassau where she sang in the choir and was known for her beautiful soprano voice.

Later, she married John Carey but in 1952, she migrated to the United States and resided in Miami, Florida for two years, then moved to Harlem, New York to take care of her ailing mother. After, her mother passed, Paula moved to New York City and consistently sought out other Bahamians. She became the “go to person” for Bahamians coming to America and provided food, shelter and clothing to those in need. She also provided the same to family members back home in the Bahamas. Paula never sent used items back home, she always sent the latest and best items to her family and friends and it was a joy for her to so. Paula always took pride in helping others.

In 1958, Paula gave birth to her first son Paul H. Carey and soon after relocated to Brooklyn, New York where she resided for the next 50 years. While in Brooklyn, Paula began her career as a master seamstress and worked for both the British and American garment trade industry for 50 years. She was noted for her sewing ability where she designed and sewed wedding gowns, bridesmaid dresses and other garments for her family while in the industry. Paula was also very ambitious so she started and became the banker for a susu in the Brooklyn community for many years.

After the death of John Carey, Paula married Booker T. Williams, Sr. and from that union her youngest son Michael K. Williams was born.

After Paula’s retirement from the garment industry, she took on a new adventure and opened a daycare center in Vanderveer Brooklyn, New York. She called the daycare Morning Glory Daycare Center. It provided an educational environment for young children ages 1-5 years.   She operated the daycare until 2004 where she provided a nurturing and caring environment for her children, staff and neighborhood. Morning Glory received many accolades from the State and local governments for its outstanding work in childcare. Morning Glory was indeed the light in the community for so many families; there was always a waiting list to get into the daycare center.

While in Brooklyn, Paula was an active member in her community. She became the Vice-President of the Vanderveer Estates Tenants Association which provided after school tutorial programs, computer classes and piano lessons for children in the community. She was a dedicated member of the Episcopal churches starting out as a member of St. Martin’s Episcopal Church in Harlem, New York. Later Paula joined St. Augustine’s Church in Brooklyn, New York. She then joined St. Gabriel’s Episcopal Church where she was a member for 33 years. While at St. Gabriel’s, among numerous roles, Paula was a dedicated Sunday school teacher and member of the church’s vestry. St. Gabriel’s today is one of the largest parishes in Brooklyn’s Episcopal community.

Additionally, Paula has been the recipient of many distinguished awards. Her continued love for her Bahamian community and the Brooklyn community at large is well documented. In 1981, she received the Nassau Bahamas Association of New York, Inc. appreciation plaque; In 1989, she was recognized as the Founder and First President at St. Gabriel’s church; In 1993, she received the Kappa Alpha Psi Fraternity, Inc. Queens Alumni Chapter plaque for dedication and appreciation; In 1998, she received the St. George’s Episcopal Church certificate of appreciation from Father C. David Williams for services rendered on behalf of the U.S. visit of Bishop Drexel Gomez, Lord Bishop of the Bahamas (Anglican Church);  In 1998, she received the Outstanding Bahamian mother of the Year award given by His Excellency Sir Arlington G. Butler, Ambassador to the United States and Dr. Doswell C. Coakley, Bahamas Consulate General; In 2000, she was awarded a plaque for being the matriarch of the Hanna, Hastings, Tynes family line and for her generosity throughout the years and in 2003 during the 30th Anniversary of Bahamian Independence, she received the Bahamian American Association, Inc. & Bahamas Consulate General of New York plaque of appreciation.

In 2003, Paula hosted a 75th birthday extravaganza in Brooklyn, New York which coincided with her grand announcement of moving to Harrisburg, Pennsylvania to be closer to her son Paul after having lived in New York for over 50 years.

Paula was very proud of the two wonderful sons she raised. Paul H. Carey was a social studies teacher at the Milton Hershey School in Hershey, Pennsylvania and received his Master’s degree from Temple University in Africana Studies. Michael Kenneth Williams went on to become one of television’s most respected and acclaimed actors. Michael was best known for his remarkable work as ‘Omar Little’ on “The Wire” David Simon’s five-season epic on HBO. He also starred in HBO’s critically acclaimed series “Boardwalk Empire” as ‘Chalky White’ from director Martin Scorsese and appeared in a number of films, television series and other biopics.

During her leisure, Paula enjoyed family dinners and parties (only at her house), oldies music and cooking. One of her biggest pleasures came from playing spades and bragging about her wins.  Paula was always willing to lend a helping hand to anyone in need.

To order memorial trees or send flowers to the family in memory of Paula C. Williams, please visit our flower store.