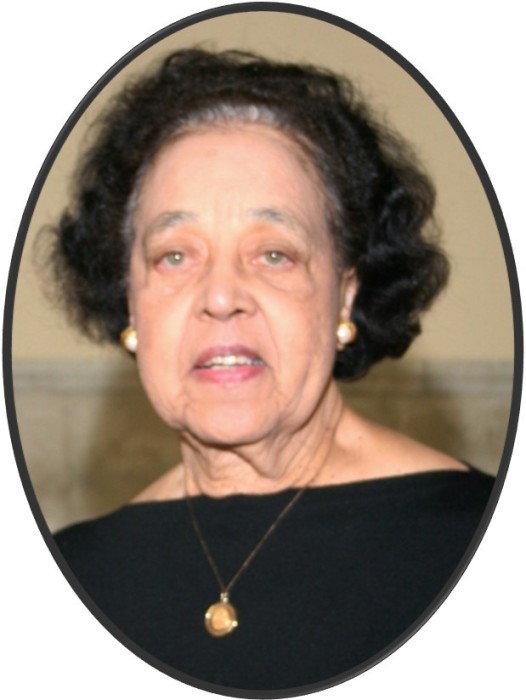 Pearl B. Nichols of Harrisburg departed this life peacefully on August 8, 2019 at Homeland Center, just blocks from her first residence in Pennsylvania.  She was born in Buffalo, NY and grew up in Brantford, Ontario, Detroit, MI and Cleveland, OH.  She was a graduate of Wilberforce University and earned a Master’s degree in Education from Temple University when she became an empty nester.  While a college student, Pearl became a member of Alpha Kappa Alpha Sorority, Inc., an affiliation she maintained for more than seventy-five years.   She was the last surviving charter member of the Epsilon Sigma Omega Chapter of Alpha Kappa Alpha Sorority, Inc., which has provided service to the local community for over 67 years.

Having taught school in Kansas, she married Claude E. Nichols, Jr. and moved to Nashville, TN. They then moved to New York City where she was an administrative assistant to the curator of the Schomburg Collection of the New York City Public Library. In 1948, the young couple arrived in Harrisburg. As her husband established his medical practice, Pearl raised their two children. She was involved in their school activities and community service. She was a pioneer in promoting diversity and bridge building.  During the 1970’s, she was a member of what was known as The Harrisburg Panel, a group of women representing various ethnicities and religions. They told their stories to civic and church audiences before multiculturalism became popular.  Although she did not like crowds, she and her husband were proud participants in the 1963 March on Washington, DC.

Pearl was predeceased by her husband of 58 years, Dr. Claude E. Nichols, Jr. She is survived by her loving children, Dianne and Claude (Nadine); her granddaughters, Allison (Michael) and Hannah; and two great grandchildren, Emmett and Maeve.

Contributions designated to the memory of Pearl B. Nichols can be made payable to The AKA Foundation of Central Pennsylvania, Inc., PO Box 61244, Harrisburg, PA 17107.

To order memorial trees or send flowers to the family in memory of Pearl B. Nichols, please visit our flower store.