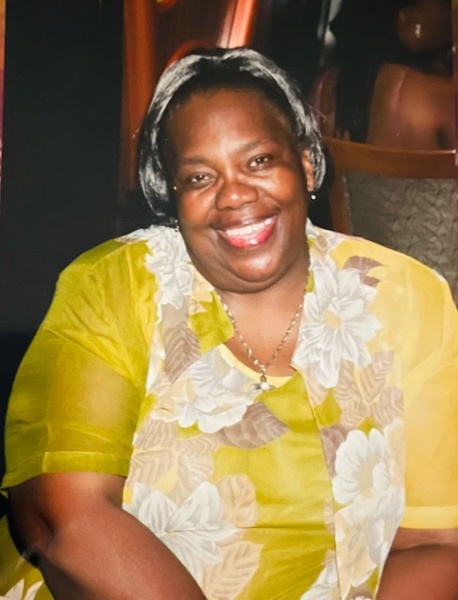 On May 21, 1938, God blessed the late Edward & Catherine Faust with a special baby girl affectionally named Peggy Ann Faust.  Peggy was born in Norristown, Pennsylvania.  She was predeceased by her husband Frederic Butler Sr, her daughter Catherine Thomas, her brother Paul Faust, her great grandson Sahiyd Thomas and her brother in-law Lawrence Spruel.

Peggy married the late Frederic N. Butler Sr. and to this Minister union five children were born.  Marcelle, Frederic Jr.,  Charmaine and Minister Edward.  Peggy believed it was important to raise her children in a strong Christian home.  She also instilled in them sound educational values, great morals, and courage to fight for their beliefs.

Peggy joined resurrection Baptist Church in the year of 1953 under the Pastoral leadership of the late Rev. John J. Jenkins.  Peggy joined the Senior Usher’s Ministry where she served as president for many years.  Peggy also served on the Hospitality Ministry.  Her favorite scripture was Psalms 121.

Peggy began her work career at the yellow Cab Company in Philadelphia, where she worked diligently for many years then later, she went to work for the American Red Cross where she retired after 20 years of service.

Her hobbies were Bowling, Crocheting blankets for her children, grand and great grandchildren.  She also went daily to the West Philadelphia Community Senior Center where she enjoyed playing pinochle along with the other activities.  Peggy’s nicknames were Peggann, Pegalean, Peg Butler, Mommy, Nana, Grandmother, and big Nana.  Peggy joined the Eastern Star in 1977 and was Matron of her Chapter and worked her way up to the Daughter’s.

To order memorial trees or send flowers to the family in memory of Peggy Butler, please visit our flower store.