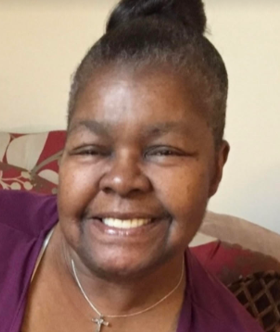 Ponchita Maple, 73, passed peacefully on Sunday, May 22, 2022, in Harrisburg, Pennsylvania.

Ponchita Maple was born on May 24, 1948, in Detroit, Michigan, to Willie Daniels and Emma Folk. Ponchita was a virtuous woman. She joined the Goodwin Memorial Baptist Church in 2001, she truly loved her church family dearly.

Ponchita received her diploma in June 1981. She started her career as a cook and went to school for Cosmetology, earning her license to do hair. In her later years, Ponchita opened her own sub shop in which she shared ownership with her late husband John H. Maple Sr.

Ponchita was best known for cooking amazing meals, listening to music, and spending time with family and friends. In her spare time, she enjoyed watching Kung Fu movies; completing word puzzles and playing solitary on her tablet, in which she reached almost 3000 levels. Ponchita was always excited to tell her daughter what level she was on, while having a big smile on her face.

Please note, Mask are necessary and required during all services.