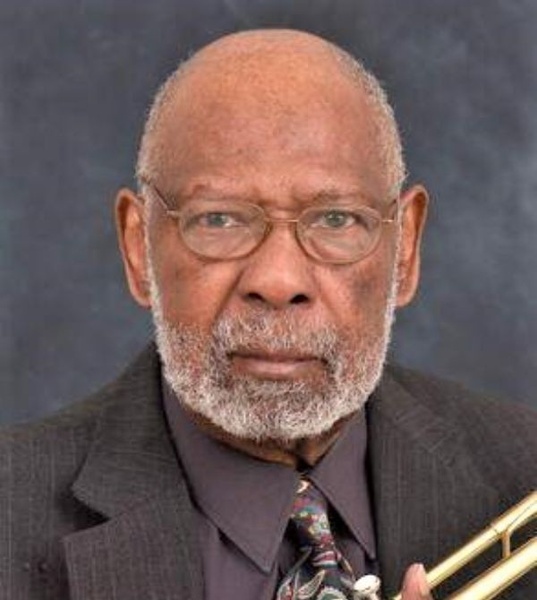 Ronald Walter Waters, son of the late Samuel Waters and the late Nannie Bland, was born on October 9, 1934 in Harrisburg, Pennsylvania.  On Thursday, February 3, 2022, at the age of 87, Ronnie peacefully transitioned into eternal life in the peace and love of his home in Dillsburg, Pennsylvania.

Ronnie received his formal education in the Harrisburg Public Schools and graduated from the former John Harris High School Class of 1952, where he was a member of the marching and symphonic wind bands.

Ronnie lived and breathed jazz.  He often reminisced about his childhood memories of going to Caplan's Department Store to buy jazz records and seeing the great jazz artists like Duke Ellington, Cab Calloway and Dizzy Gillespie when they played at the Forum or State Theater.   Ronnie continued to pursue his musical passion at the Cincinnati Conservatory of Music.  He joined the United States Army, where he served as the dance band director of the 427th Army Band in Europe.  After returning from Europe, he led his own Quintet and worked with Marge and the Majors.  Jazz trumpeter, composer, and arranger, Ron has been in the forefront of the Central Pennsylvania jazz scene since the 1950’s.  For decades, he influenced a generation of young jazz musicians in the mid-state.  In 1983, he became the director of the Central Pennsylvania Friends of Jazz Youth All-Star Band. The Ron Waters Scholarship was named in his honor for his ongoing legacy as the youth band director and commitment to jazz education.  The scholarship fund awards one graduating member of the Youth Band and supports the Central Pennsylvania Jazz Camp, held every June at Messiah College.  The celebration of Ron’s legacy is held annually to raise funds for the college scholarship.  He would want his family and friends to continue to support this effort in his name.

Ronnie is a member of the Central Pennsylvania Friends of Jazz Hall of Fame.  In 2009, he was selected as one of 150 Harrisburg notables to be profiled in the Highmark Blue Shield “Living Legacy” oral history project, part of the City’s “SusqueCentennial” celebration.   Ronnie was the recipient of the 2019 Theatre Harrisburg Arts Award to an Individual for Distinguished Service to the Arts in the Capital Region.

A devout member of Capital Presbyterian Church, Ron served as a trustee and choir member.  He loved his church with all his heart.  There was nothing he wouldn’t do for it.  He always gave his all to help with the betterment of the church.

He was a retired employee of the Mechanicsburg Naval Supply Depot as a Program Analyst.

In addition to his music, Ronnie enjoyed his family, hosting cookouts, playing pranks on people, vacationing with his sisters, playing games and cards, telling jokes, socializing with his neighbors, eating breakfast with his friends and since the pandemic – watching YouTube, holding Zoom meetings, using his FaceBook Portal, texting and talking on the phone.

In lieu of flowers, donations can be made to his church, Capital Presbyterian Church of Harrisburg or the Central Pennsylvania Friends of Jazz Ron Waters Scholarship.

A mentor to many

A community treasure and

A friend for many, many years.

Mask are necessary and required during services. Live-Streaming of service available via The Greater Zion Missionary Baptist Church YouTube: https://youtu.be/beVloSDKztY