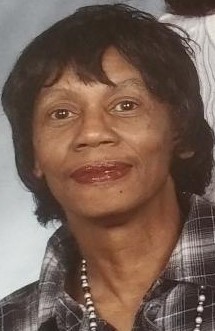 Sharon Marie Bethel was born on September 22, 1949, at Harrisburg Hospital in Harrisburg, Pennsylvania.  She was the first born child of her parents Harriet A. Bethel and David R. Bethel.

Sharon retired from the PA State Government, Department of Welfare after more than 25 years of service.  After her employment Sharon spent the majority of her social life with family and friends until her illness began to limit her ability to attend most events.

Although her illness brought about many physical challenges and sometimes emotional challenges, Sharon’s strength, tenacity, and desire to live her life to the fullest can be credited to her ongoing relationship with the Lord, Jesus Christ.

Throughout this journey Sharon had become known as a prayer warrior.  She was well known for her courageous spirit, comedy relief, friendliness, and big hugs.  Sharon often amazed the staff at the various hospitals and rehab facilities where she received care because she often would seek out anyone to pray for and/or hug.  She soon earned the reputation as the “go to patient” if you were having a rough day.

When it became necessary for Sharon to seek assisted living because of her failing health, she took residence at the Ecumenical Retirement Community located in Susquehanna Township, in Harrisburg, PA.  However, this new life changing event did not discourage Sharon from continuing her weekly bible study and fellowship with her church family.  And, once again her reputation as a prayer warrior who gives comic relief and big hugs became known to the Ecumenical staff, residents, and visitors.

In the early morning hours on Tuesday, February 19, 2019, Sharon passed away; yet because of her ongoing relationship with Christ Jesus we are encouraged to believe that she is absent from her body and present with the Lord.

Sharon was pre-deceased by her mother Harriet A. Bethel, her father David R. Bethel, Sr., and her step mother Lula B. Bethel.

Lovingly Submitted by the Family