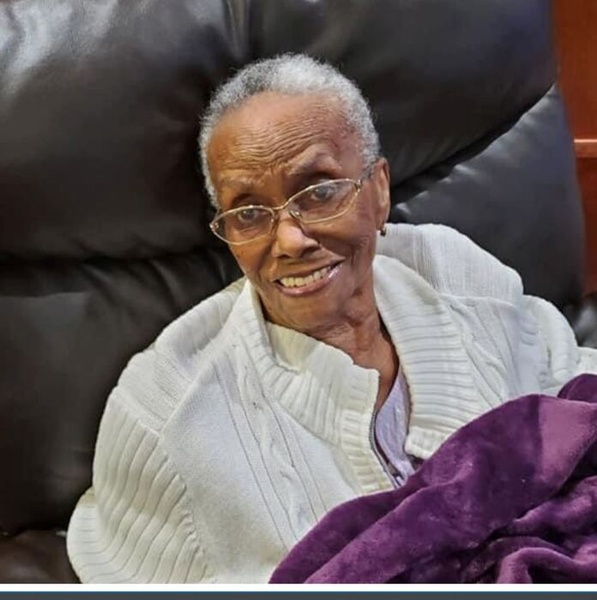 "When peace, like a river, attendeth my way, When sorrows like sea billows roll; ... It is well, it is well with my soul. Horatio Spafford"

Shirley Joyce Winfield was born in Harrisburg, Pennsylvania on April 13, 1936. On November 18 2020, she sadly departed this world, to her eternal Heavenly life.

Shirley was educated and graduated from the Susquehanna Township school district. She furthered her education and graduated from the Washington, DC Business School. Shirley worked and retired from the PA Department of Welfare where she provided 30+ years of service. While there she made lifetime friends, who were part of her life as extended family.

Shirley was an active choir member of Mt. SINAI AME Church. A member of the Edgemont Fireman's Club Ladies Auxiliary. She was an avid crossword player, in black pen only! Enjoyed her Steelers games. She was a Collector of Porcelain Dolls, and loved family gatherings.

Shirley was the youngest of 10 children, born to the late Sherman and Melinda Marshall. She was preceded in death by one infant twin daughter Tracy. Her brothers: Curtis and (Valeria) Marshall, Joseph and (Carey) Marshall and Vincent Marshall. Her sisters: Augustine and (Edward) Young, Beatrice and (George) Lewis, Essie and (Alexander) Hunt, Fannie and (Robert) Johnson, Addie and (Van) Hawkins, and Ruth and (Glen) Taylor-Smith. Shirley is lovingly survived by 3 children: Karen and (Thomas (d) Porter, Keith and (Shirley) Winfield, and Terri Winfield.

Her Grandchildren: Shannon and (Courtney) Winfield, Shana Porter, Shain'Na Winfield, Cornelle Winfield. Her great-grandchildren: Dontae' (d), Arieyanna, Jason, Tamari, Jocellen, Ismaiah, Journee and great-grandson to be Ja'siah. God-daughters: Stephanie Hawkins, Christina Fields (d) and Letitia Warren. Shirley has an extensive loving family: The Hawkins, Wrights, Hardy's, Reeves, Hartford's, Smith's, Hudson's, Taylor's, and a host of loved ones near and far. Shirley or Shirlee (with two e's, no y), as she liked to spell her name, will be eternally missed in our lives.

DUE TO COVID-19 RESTRICTIONS - the viewing is public, but unfortunately the family will not be able to accommodate everyone during the service, this will be by invitation only. The family is appreciative of your love and support during their time of bereavement.