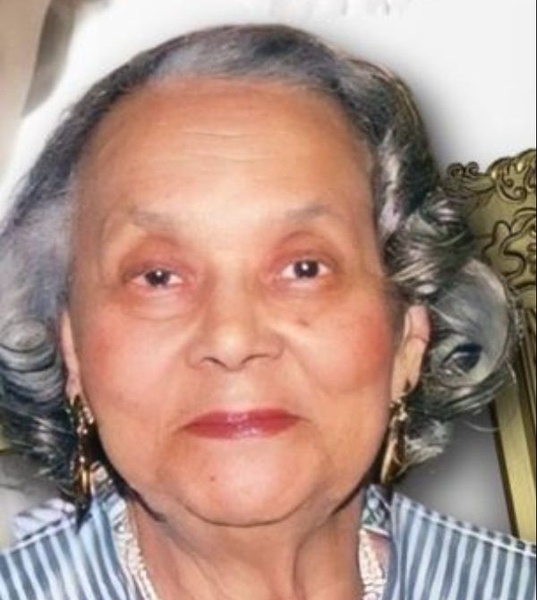 A Celebration of Life / Centenarian

God is our refuge and strength, a very present help in trouble. Psalm 46:1

“There is a time for everything, and a season for

every activity under the heavens”.

A TIME TO BE BORN

Tonzie M. Sherard Redmond was born on October 9, 1920, in Iva, South Carolina to the late Reverend Joseph B. Sherard, Sr. and  Mary L. (Collins) Sherard.  She was the seventh of nine children. She was educated in the school system of Anderson, South Carolina and graduated from high school in June 1937.

A TIME FOR LOVE, COURTSHIP, & MATRIMONY

At age 17, Tonzie migrated north to Philadelphia, Pennsylvania, where she resided with her sisters, Omema and Zeora.  In 1941, she met and married Jette Fortson, making their home in the Carroll Park section of West Philadelphia. In 1948, Tonzie met Cleveland Redmond and after a 15-year courtship, she tried love and marriage again, uniting in holy matrimony to Cleveland in 1963. This union resulted in the birth of their precious baby girl, Terri Lynne.  Tonzie’s talents in baking, cooking, gardening, and sewing served as the backdrop for many lasting memories in the Redmond household.  In addition to keeping a warm and well-appointed home, Tonzie was also a working woman.  She was a skilled laborer and accomplished seamstress, who served as a member of the International Ladies Garment Workers’ Union (ILGWU) for 44 years until her retirement in 1982.

A TIME TO WORSHIP

Tonzie grew up in a household of faith and attended Mountain View Christian Methodist Episcopal (CME) Church and taught Sunday School as a young teen.  Tonzie’s philosophy for life is derived from God’s Word as found in the gospel of Matthew 7:12 (NIV), “Do to others what you would have them do to you” and Exodus 20:12 (NIV), “Honor your father and your mother, that your days may be long upon the land which the Lord your God is giving you”.  Following the legacy of her parents' devotion and love of the CME denomination, Tonzie joined Holsey Temple CME Church in 1938, in the Germantown section of Philadelphia.

She loved her church and traveled six hours every Sunday for more than 50 years to get to and from church---catching two buses and a trolley car.  Tonzie enjoyed listening to the majestic sound of the pipe organ and the angelic voices of the Cathedral Choir singing the sacred hymns.

A TIME TO BE CELEBRATED

Tonzie was respectfully honored and recognized for her outstanding dedication and commitment to her Church. She was a proud contributor to burning the Church mortgage and the recipient of numerous awards including, “Outstanding Parenting Skills as a Christian Mother” (1992), “Holsey Christian Legend” (2010) and “Mother of the Year” (2015).  Tonzie was also honored as a “Nonagenarian” at the Annual CME Quarterly Conference (2017), and recognized as a “Centenarian”, (2020) during the Church’s Laity Day Celebration.

A TIME TO GIVE

Tonzie not only cared for and supported her parents and siblings, but she also nurtured her nieces and nephews. Tonzie always hoped that one day God would bless her to be a mother, so she was thrilled when she discovered she was finally with child. Tonzie was always a mother who loved unconditionally and put her baby first.  Her seamstress skills helped Terri earn the reputation of being one of the best dressed students in junior high and high school.  Tonzie faithfully served as a member of the PTA, spent two years as a volunteer reading tutor at Terri’s elementary school and continued to work at the Cherry Hill Knitting Mill to support her daughter during her collegiate years after she officially retired.  When Terri graduated from college, Tonzie’s support did not waiver. Tonzie championed Terri’s political interests and aspirations by volunteering her time to assist with special events for State Representatives, City Council members and Congressional campaigns. Tonzie was filled with excitement and pride as she witnessed her daughter graduate from high school and college, receive national recognition for her work in community and economic development, and say, “I do,” at her wedding.  Tonzie especially derived great joy from being a doting grandmother. When the family realized that Terri’s career would require extensive travel, Tonzie didn’t hesitate to commute to Harrisburg and Hummelstown to care for her only grandchild, Marcus, whom she lovingly referred to as, “the sweetest thing I know.”

She played an integral role in rearing Marcus and it gave her great pleasure to watch him receive his Bachelor's degree from Temple University. Tonzie would boast of his many accomplishments, including his work as a fashion photographer in New York City.

Tonzie had an appreciation for the arts, agriculture, fashion, classical spiritual music, and was admired for her strong sense of style and flair. She commanded attention when she entered a room. Tonzie always looked forward to getting together with her family and friends to celebrate holidays, birthdays, special occasions and to play pinochle. She often contributed to the food menu with her macaroni and cheese, cakes, cookies, pies, and special punch.  She was an avid sports fan who loved to spend game-day rooting for her favorite teams, the Eagles and the Phillies.  Tonzie also enjoyed watching Family Feud, Wheel of Fortune, Let’s Make a Deal and Funny You Should Ask, and stayed active enjoying frequent trips to the Atlantic City casinos.  After residing in Philadelphia, PA for 81 years, Tonzie made the decision in 2019 to move to Hummelstown, PA, to live with her daughter.

This was the life journey of Tonzie M. Redmond, a woman of integrity and great wisdom, who loved the Lord and was blessed to live a long, fulfilling life. God's abundant grace and mercy allowed her to live through many eras.  Tonzie lived through the struggles of the Great Migration and Civil Rights eras, yet also witnessed the election of Barack Obama as the first Black President of the United States. Tonzie celebrated (in high fashion), her 100th birthday on October 9, 2020. She was surrounded by family and friends---marking the momentous occasion.

On February 12, 2022, at the age of 101 years, Tonzie died peacefully in her sleep, transitioning into eternal life. Tonzie was a woman of unparalleled favor, beauty, compassion, humor, sophistication, and style, who lived life to the fullest. She will be remembered for her love of the Lord, dedication to family, loyalty to friends, and excellence in her profession. We will miss her, yet with a legacy of love, commitment, and family, her spirit will continue to guide us until we meet again.

“Many women have done excellently, but you surpass them all,” Proverbs 31:29 (ESV)

To order memorial trees or send flowers to the family in memory of Tonzie M. Redmond, please visit our flower store.