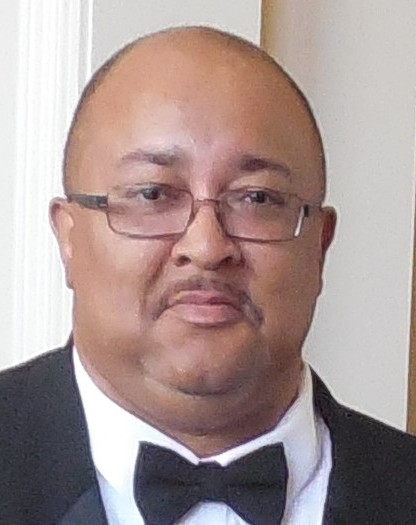 Torrance Williams was an exceptional man who led an extremely fruitful and exciting life. His life was composed of a course of philosophical exploration, social sophistication, and cultural awareness. Above all, he was a dedicated husband and doting father. Torrance was born on February 21, 1972 in Charleston, South Carolina. He was the son of Lucille Cohen Williams and the late Leon Williams. He departed this earthly life on Tuesday, July 31, 2018.

Torrance’s formative years were spent living in his home by the sea in Charleston, South Carolina. Together, with his younger brother, Darnell, it was here that he developed his love for beaching, seafood (although not shellfish as he quickly learned at an early age that he was allergic) and visiting historical sites. As a child, he enjoyed going to the battery in Charleston and listening to the sounds of the ocean. Beginning in childhood, Torrance’s mother instilled in him the importance of being a person of character, having unwavering morals, and possessing a strong work ethic. Her demands that Torrance reach his full academic and interpersonal potential abundantly prepared him for adulthood. As a youngster and a teenager, all of Torrance’s family members viewed him as the kind and funny cousin. The day prior to his passing, Torrance made his mother laugh as he told her a hilarious story over the phone while driving home from work. Torrance’s mother forged a spirited curiosity for trying new things and participating in activities. As such, at Saint Andrews High School, Torrance demonstrated his athletic prowess while on the wrestling team; his liberal arts talents were magnified during various high school theater performances. More compelling than all of this, however, was his incredible baritone singing voice. Torrance sang in the high school chorus until his graduation from high school.

Torrance had a brilliant mind. He not only had the capacity to be analytical, but he was a creative and deductive thinker as well. As an honors high school graduate, Torrance then matriculated to the University of South Carolina in Columbia, South Carolina. Torrance received his Bachelor of Science Degree in Marketing and Management. Later, Torrance’s scholarly interests led him to pursue and complete a Master’s of Business Administration Degree at Webster University.

Torrance was introduced to the love of Jesus Christ first at home and then at Wesley United Methodist Church where he was baptized as an infant in 1972. In church, he learned about love, forgiveness, faith and the power of prayer. Torrance’s favorite bible verse was I Corinthians 2:9, "But as it is written, eye hath not seen, nor ear heard, neither have entered into the heart of man, the things which God hath prepared for them that love him." This verse served as a compass for his life. Torrance also enjoyed singing his favorite gospel songs, "When Jesus Sings" and "Just to be Close to You." As an adult, Torrance found joy by participating in fellowship at Christian Life Assembly. Torrance was a man of deep faith, and he was always bearing the fruits of the Spirit. Torrance’s sister- and brother- in-laws admired his religious dedication and beliefs. Notably, he attended the Community Bible Study and Bible Study Fellowship International.

Torrance’s and Melody’s love story was a true saga of love at first sight. As a college sophomore on the campus of the University of South Carolina, Torrance was tall, handsome, intelligent and exuded genuine charm. It was there that he met the love of his life, Melody. On their first date, they went to the movies to see the film, "Candy Man." Very early in their courtship, he affectionately began calling her "Sweetie," and this adorable pet named persisted throughout their marriage. The two made a wonderful couple because of their differences. Torrance was ever the optimist. He was never flustered by any setback or failure. He viewed these instances as life’s precious learning opportunities. Melody, on the other hand, brought a sense of realism to the relationship. Their differing perspectives allowed for them to balance each other. Torrance’s love gave Melody the courage to be more adventurous in life. He challenged Melody to experience life without regrets. Melody inspired Torrance with her resiliency and patience. On April 14, 2001, Torrance and Melody became husband and wife with a fairytale wedding. One of their shared favorite memories from this day was singing a duet during their wedding reception. They sang the song "With You I’m Born Again". Torrance and Melody had several joint hobbies including experimenting with new recipes, playing trivia and card games, singing to and with each other, traveling, dreaming about the future, attending sporting events, studying the Bible, and praying together. From this beautiful union, two children were born – twins, Sarah Hailey and Joshua Brady.

The brightest area of Torrance’s life was his marriage and fatherhood. The single most exciting day of Torrance’s life was October 9, 2009, the day the twins were born. From the beginning he affectionately called Hailey his little munchkin or Hai Hai and referred to Joshua as both "My Buddy" and Joshi. Torrance beamed with pride on that day and every day after that whenever he talked about his children with family or friends, cheered as they reached childhood milestones, gave them hugs after tickle attacks, or used funny baritone voices for each character in the picture books that they read during Daddy and twin story time. Torrance, together with Melody, wanted to nurture truly well-rounded children. He exposed them to a variety of extracurricular activities and diverse experiences. Torrance most delighted watching the twin’s unbridled fearlessness during their horseback riding lessons, their playful energy during gymnastics lessons, and their gifted agility during swimming lessons. Torrance was Hailey’s biggest cheerleader during her ballet and piano performances. Torrance and Joshua had special bonding experiences during their time with the Cub Scouts. Torrance had a big heart, and he ensured that his children also developed a refined level of emotional intelligence. He never simply asked them, "How was your day?" Rather he would pepper their conversations with questions that provoked introspection such as, "Who were you kind to today and what made you smile today?" While Torrance watched cartoons with his son and daughter, he also ensured that they had an appreciation for other sophisticated genres – they all had an appreciation for Sci-Fi movies and shows. Torrance also imparted his love of God to his children. Torrance treasured his children’s individually unique personalities. While the twins are kind, patient, and intellectually curious, Torrance believed that Joshua’s reserved spirit, loving heart, dedication to being a protective brother and steely determination and Hailey’s keen sense of curiosity, uncanny ability to always be the leader on the playground, and delightful sense of humor were directly inherited from him. Torrance ensured that their home was filled with laughter and love. Torrance gave Joshua and Hailey the greatest gift a father can give his children, a legacy ensuring that they knew that they were loved by him and by preparing for their future well-being, which is a valuable element of life that his mother, Lucille, instilled in him as a young man.

Torrance was a virtuoso in marketing and business as evidenced by his work experience throughout the years. Torrance began his career in Columbia, South Carolina at Consolidated Systems Incorporated where he began as a Project Coordinator and was promoted to Senior Supply Chain Planner. Torrance and his family moved to Tupelo, Mississippi a few months after the twins were born, and Torrance worked as a Commodity Steel Manager for Royal Philips Electronics. The path of Torrance’s career led his family to finally settle in Pennsylvania in 2012, when Torrance was employed by ESAB Welding and Cutting Products as a MRO Steel Commodity Manager. His most recent position was as Procurement Manager with GEA Refrigeration North America Incorporated. Torrance was also a member of Delta Sigma Pi – Professional Business Fraternity.

A love for singing was persistent in Torrance’s life. His bellowing singing voice could uplift any venue he entered. Aside from his love of music and singing, Torrance was also an enthusiastic history aficionado. He especially enjoyed learning about the Mongolian Empire and the African King, Hannibal’s, occupation of Italy during the Second Punic War. His curiosity for history also spurred his development into a political enthusiast. Torrance had a penchant for staying abreast of current events. His understanding of events was much deeper than the acerbic, slanted commentary provided by network cable television. An intellectual political discourse with Torrance always included elegant opinions based upon insightful knowledge.

Torrance was loved by many. Throughout his life, his influence spread in ever-widening circles. He was always instantly recognizable by his enthusiastic gentleness. Additionally, many people admired Torrance for his wealth of inner strength paired with a happy spontaneity in disposition. Torrance also possessed deep convictions about the importance of community service. He gave to charitable organizations, rang the bell for the Salvation Army, volunteered in community beautification projects, supported the American Cancer Society, and participated in Toys for Tots. His last fulfilled selfless act was becoming an organ donor; Torrance’s organs have benefitted scientific research.

Torrance’s ideals and legacy are permanently stamped in the lives of his children. Of the values he instilled in them, some of the most prominent are that answers to all problems can be found in the Holy Word, a strong work ethic is mandatory, and always stand for what is right even during times of difficulty. Torrance’s spirit embodied love, loyalty, trust and joy. He gave his family strength in times of trouble, wisdom in times of uncertainty, and sharing in times of happiness. He loved his family intensely and the awareness of this has been an incalculable source of strength during this time of bereavement and reflection.

Preceding Torrance in death were his father, Leon Williams; and father and mother in-law, George and Ada Hicks.

Torrance’s life would seem too short to many, but those who were touched by him understand that the quality of existence far exceeds the quantity of time in which one lives here on Earth. The many memories of his gentle smile and exuberating wisdom will cause his family to remember his courage and hope and to be reminded of the preciousness of life.

To order memorial trees or send flowers to the family in memory of Torrance Williams, please visit our flower store.