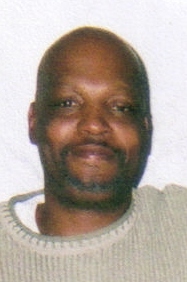 In Loving memory of Trobie Lee Watlington Sr, fifty six years ago on September 7, 1960, a baby boy was graced in the home of James and Viola Watlington.  Trobie Lee Watlington known as Big Trob, the Muller and Big Gangster; who suddenly passed away on July 4, 2017.
Big Trob was loving, caring and understanding and would give his shirt off his back to anyone he knew.
The Muller was used on the basketball court, he would hammer his opponents to take over and hopefully take the lead to win the game.  Big Gangster was used for anyone who would disrespect him, his family and loved ones.
Big Trob is predeceased by his parents James & Viola Watlington, two brothers Odell and Tyler and a sister Stella.
He is survived by a cousin Danny Watlington and a long time dear friend DJ Bates whom he considered his brothers away from brothers.
Trobie graduated from Dauphin County Vocational Tech School in â€œ1978â€. Trobie enlisted into the National Guard for six years, after he finished he started a career in construction, as a cook and security work.
In 1988 he married Wendy Antoinette Martin and they were blessed with two children Trobie Jr., and Trachelle.  Later in life Trobie had another son to Tina, named Tyler.
Trobie was a great husband and father, family was very important to him, he had a great sense of humor.
Trobie leaves to celebrate his live, his wife, Wendy, his children Trobie Jr., Trachelle and Tyler, ten grandchildren, aunts, uncles, nieces, nephews, cousins and a host of dear friends.

To order memorial trees or send flowers to the family in memory of Trobie L. Watlington Sr., please visit our flower store.