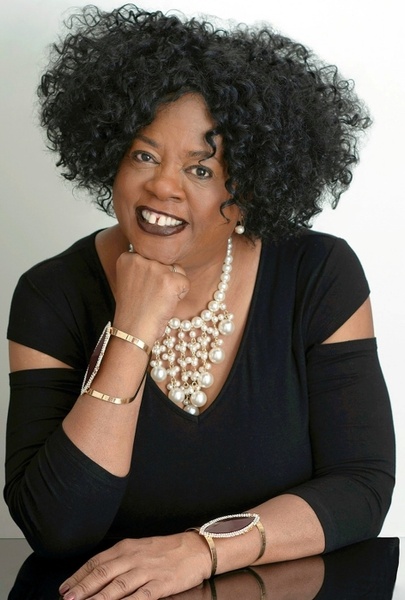 Vera was born on March 19, 1955 to Johnny Davis Clemons (a.k.a. Fast Black) and June Johnson (a.k.a. June Bug) in the Hill District of Pittsburgh, Pennsylvania.   Raised by her evangelical grandmother Delia Booker, from an early age, Vera learned the power of faith, love and perseverance.

Her career included serving as a teacher of Autistic and Schizophrenic children at the Elwyn Institute and the Office of Student Affairs at Penn State University with a focus on recruitment and retention of a diverse student body.  Later she served as Director of Institutional Diversity spanning the tenure of three presidents at Harrisburg Area Community College.

Upon hearing a calling from God and the assignment to write her life's vision statement, Vera launched her entrepreneurial career as Founder and President of Cornish & Associates.  Over the past 20 years she excelled as a publisher, motivational speaker, strategist and consultant.  She was a firm believer in social entrepreneurship - “for-profit for good!”

She founded and spearheaded The Urban Connection of the Capital Region, The Access & Opportunity Breakfast for Business and Industry, The Access & Opportunity Career Fair, The Access & Opportunity Lecture Series, Destination Dauphin County, and Meet The Dreamers Network.  She was also the founder and lead force behind the annual Martin Luther King, Jr. Breakfast, Legacy Breakfast for men and the Women of Heritage Leadership Breakfast, empowering women to use their acquired knowledge, skills and networks to create an integrated, synergistic lifestyle.  Through these various initiatives, Vera built a broad and deep network of social and professional relationships with corporate, faith, civic, government and community leaders.

Vera had a strong love of arts and culture producing the first Black artist showcase in the Capital Region, A Weekend To Remember featuring Marilyn McCoo and Billy Davis Jr. and both an evening with Maya Angelou and Tata Vega former lead backup vocalist for Stevie Wonder, Chaka Khan, Patti LaBelle and Michael Jackson. She was also co-author of the Queens Legacy and author of Dare To Dream.

Known for community engagement, Vera embraced an attitude of servant leadership. Most often seen around town sporting a black outfit and pearls whether in casual or eveningwear.  She invested her skills and talents in the community by serving on various board and committees including the YWCA of Greater Harrisburg, Highmark’s Fun Fit and Fabulous and the Harrisburg Regional Chamber. She also played a leadership role in the $8M Capital Campaign for Hamilton Health Center and contributed as a planning committee member for the 25th anniversary of Leadership Harrisburg. Her memberships have included the Pennsylvania Black Conference on Higher Education, National Black MBA of Greater Harrisburg, Harrisburg Regional Chamber and CREDC, Carlisle Regional Chamber, Executive Women’s International Harrisburg Chapter, The Hill Society and the Pennsylvania Governor’s Commission for Women among many others.

Vera is survived by her beloved daughter Alana Cornish of New York City, sister Kathleen Furby, and brother-in-law Rodney, of Morris Plains, NJ and her cousin Gwendolyn Millbourne of Philadelphia, PA along with countless colleagues, collaborators and friends.

The family would like to express its sincere gratitude for the abundant outpouring of love and support.  In lieu of flowers the family requests that you assist us in continuing Vera’s legacy by making a memorial contribution to the Vera Cornish DARE TO DREAM Fund at The Foundation for Enhancing Communities - 200 N. Third Street - 8th Floor, Harrisburg PA 17101.  This fund will support women’s empowerment, financial literacy and social entrepreneurship with a specific focus on communities of color.

To order memorial trees or send flowers to the family in memory of Vera Cornish, please visit our flower store.