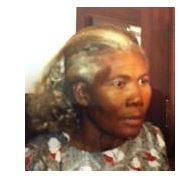 Veronica Mc Donald 83, of Harrisburg, PA entered into eternal life at 12:49 PM on Saturday May
27th 2017 at Community General Hospital. Veronica most affectionately known as â€œVeroâ€ or â€œGrandma Veroâ€ was born to Andraide Green and Gerald Grant on April 2nd 1934 in Couva Trinidad, West Indies.
She later married Clive â€œPepeâ€ Mc Donald and from that union 7 amazing children were born
Donna, Robert, Carlisle, Steve(Boboy), Cynthia (Oman), Patricia (Bebe), and the late Keith(Scorcher) McDonald. Veronica had five siblings some of her preceded her in death they include Theola (Nevil)
Richardson, Carmen (deceased), Fitzroy (deceased), Leonard (deceased), and Romeo (deceased).
Veronica dedicated her entire life to motherhood and caring for her family and was gainfully
employed as an amazing homemaker.
Veronica leaves behind many grandchildren including her first granddaughter Michelle, Oliver,
Terrance, Natalie, Kenson, her heat beat Earl (Kafi), Ayana, Aaqil, Tricia, Karil (Boyie), Jamal, Daniella, Danisha, Crystal, Natalie, Dana, and Judah. Two grandsons preceded her in death Netfa and Nickel. Also morning â€œGrandma Veroâ€™sâ€ loss are her host of great grandchildren Kadeem(Kodak),
Kareem, William (Marvin), Dejour, Justin, Sanai, Derek Jr, Kenson Jr and Kelaun. Adding to this list of great grands are Shania and 3 others, Neil and 3 others, Celeste and 3 others, Ahfia and 5 others, and Jamali and 1 other. She also leaves to morn a host of family and friends including her sister-in- laws and brother- inlaw who she loved dearly Marjorie Bellamy, Leonore Glassgow- Zamore (deceased) Olive (Cutbert) Andrews and Nevil Richardson. She also leaves her great niece Beverly Thom and her nephew Winston and his wife Joyce Greene. Veronica will be greatly missed by her dear friend Mr. John Spann. Veronica was a long time resident of her beloved Island of Trinidad before she migrated to the United States with her granddaughter Michelle in September of 1991, where she settled in with her first Born Donna Timothy. Veronica was a fighter and with her strong will and determination she was able to fight Parkinson disease for many years. She fought the fight for as long as she could while continuing with a life of normalcy cooking, cleaning, and assisting in raising her grandchildren and great grandchildren. Even when Parkinsonâ€™s taught that it would over power her Veronica was able to persevere with that witty and sharp mind of hers. Her favorite pastime was playing Bingo, often winning many prizes at the nursing home for her great grands. She also enjoyed listening to her grandchildren talk about their day, giving them advice and telling the younger ones stories about their parents while she was raising them.
Veronica was the Matriarch, the glue that held everything together her love and her memories
will forever live in the hearts of everyone she touched. She will always be our â€œVeroâ€ and â€œGrandma
Veroâ€.
To order memorial trees or send flowers to the family in memory of Veronica McDonald, please visit our flower store.
Send a Sympathy Card
Send a Sympathy Gift