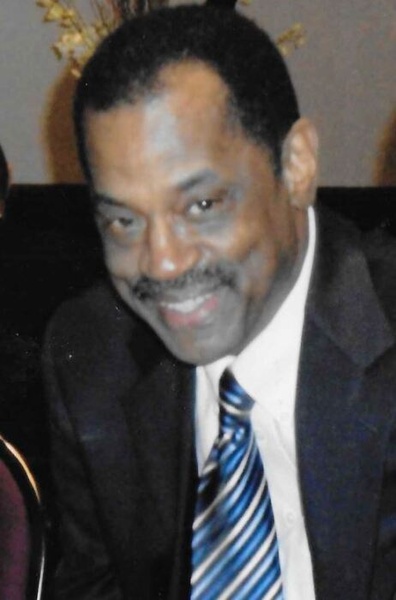 Victor Givens passed away at his home in Harrisburg on 4-11-2020.  He was the son of the late Ned Robert Givens, Jr. and Emma Lee (Banks) Givens.  Victor was born and raised in the Sibletown Neighborhood of Harrisburg. He graduated from John Harris High in 1961.  During his school years he played basketball, baseball and ran on the Cross Country Track Team.

He enlisted in the Army in 1964 and was stationed in Korea until he was transferred to Boston, MA in 1967 where he was honorably discharged.  He was a basketball star and a marksman while serving in the army.  He attended Emerson College where he earned the title of MVP in 1966 for the school’s basketball team. While he attended school, Victor worked as a security guard at an apartment complex, where he made the Harrisburg local news for saving the lives of tenants from a burning building.  He was honored by his hometown for this heroic effort that was no surprise to those who knew him, for he was just “that kind of guy”.

In 1980, he returned to Harrisburg and worked as an Operating Room Attendant at what is  now UPMC Health System, until his retirement in 2015.  Victor retired with 35 years of diligent service and was known for his endless dedication and compassion for patients.

He was a member of The Greater Zion Missionary Baptist Church for most of his life and a strong believer in Christ.  He loved his family, church family and his many, many friends  He cared for his mother until her death in 2004 and continued to be supportive to his nieces, nephews and siblings.

He was preceded in death by his parents, his Brother Ned R. Givens, III and his sister Joan Givens, all of Harrisburg.  He is survived by his Sisters: Eura A. Givens and Sherry G. Scott (Dennis) of Harrisburg and Emma Jean Givens of Baltimore, as well as three nieces, Felicia, Angela and Jessica Givens; two nephews Ned R. Givens IV (Robbie), Mark Givens; two great nephews: Andre Smith and Quinton Deane, his Uncle Arthur (Otto) Banks,  and a host of other relatives and friends.

A Memorial Service is planned at his church, The Greater Zion Missionary Baptist on Saturday, October 3, 2020 at 11:00 a.m.. Care entrusted to Hooper Memorial Home, Inc., Harrisburg, PA.  Interment will be at Indiantown Gap National Cemetery.

To order memorial trees or send flowers to the family in memory of Victor Givens, please visit our flower store.