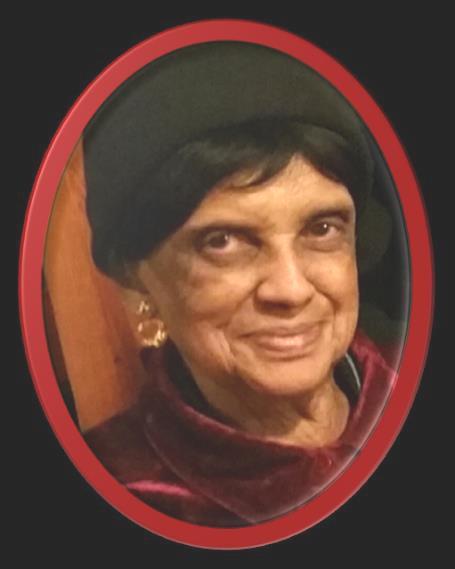 Viola Jackson was born on Friday, June 6, 1930, in New Haven, Connecticut. She is the youngest of four children born to the late Deacon Samuel and late Mary Mink. As a youth she was a member of Emanuel Baptist Church where she gave her life to the Lord, sang in the choir and was involved in many ministries.

After the passing of her parents in 1947, Viola relocated to Philadelphia Pennsylvania where she was raised by her adoptive mother and cousin Ethel Hart, affectionately known as “Big Momma”.  She joined the Liberty Baptist Church where she diligently served on the Pastor's Aide Board, Usher Board and sang in the choir.

During her working career, she worked as a housekeeper at the Rittenhouse Hotel, where she took great pride in her work by keeping the rooms clean and making sure the needs of the guest were met with love and kindness. She also worked as a domestic engineer for over 30 years. Later in life she worked at Wilson's Day Care for over 15 years, while there she became the residential grandmother of the day care where she was known as Grandma or Aunt Vi.

In 2011, she relocated to Harrisburg, Pennsylvania to live with her loving daughter Helen, where she united herself with the Emanuel Church of God in Christ.  Upon joining Emanuel, she immediately began volunteering in the Vacation Bible School, nurturing the children with her daughter Irene by her side. Her devotion and love for the ministry was evidenced in her respect and love for her pastor, Bishop David M. Screven and First Lady Mother Billie Screven.

Mother Viola loved attending every service and she praised the Lord every time she walked through the doors.  She lived life by the word of God, relying on her favorite scripture John 14:1 “Let not your heart be troubled: ye believe in God, believe also in me.” Throughout life's trials and tribulations, she continued to excel with her firm belief that God was the author and finisher of her faith. She was an example of a woman of strength, perseverance and wisdom.

When Mom, was not attending church services you could find her knitting a scarf for someone or doing her word puzzle books while watching her favorite TV shows. Being surrounded by her loving family and friends kept her vibrant and filled her days with love and laughter. It was her desire that her family accepted the Lord Jesus Christ as their personal Savior and she admonished them on their relationship with God during every conversation she had with them. To know her was to love her, we all share the memory of her loving hugs, if she hugged you the feeling remained a with a lasting reflection of love. She was the epitome of the Proverbs 31 woman.

On Saturday, February 10, 2018 at UPMC Pinnacle Harrisburg Hospital in Harrisburg, Pennsylvania, she peacefully transitioned from this earthly life into eternal life with her family at her bedside. In addition to her parents, she was preceded in death by her son, Alfred Jackson, her two siblings, James Mink and Fanny Mink Taylor.  She leaves to continue her legacy and celebrate her life, her children, Irene Jackson; Thomas Jackson and Helen Jackson all of Harrisburg, Pennsylvania; four grandchildren; Talaiah, Thomas Jr., Ikea, and Jerel; seven great-grandchildren, Thomas, Tashanaya, Caiyan, Keonna, Zymirah, Zyniya, Zykirah; one sister, Mary Mink Scott of Apache Junction, Arizona; one Goddaughter, Ramona Hart; a host nieces, nephews and other relatives and friends.

LOVINGLY SUBMITTED, BY HER FAMILY