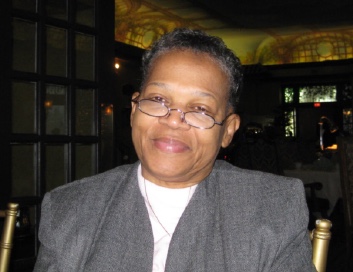 Wanda Sheryl Pierce was born on Thursday, October 16, 1952 in Harrisburg, Pennsylvania. She was the 2nd child of 6, born to the late William Samuel Banks and the late Mary Rebecca Washington. She grew up in the Uptown Area of Harrisburg. She graduated from William Penn High School.  Wanda met the love of her life, Robert E. Pierce Jr. on August 18th 1968. On June 4, 1977, they were united into holy matrimony and from their Union they were blessed with 2 children. During her working career, she was an employee of the Mechanicsburg Navy Depot. She retired after more than 40 years of service. She was also a dedicated entrepreneur with both a cleaning and event planning business. She even wrote a beautiful wedding planning book, currently unpublished.

Wanda was a former member of St. Stephens Episcopal Church.  After marrying her husband she followed him to Wesley Union A.M.E. Zion Church and later to John Paul Scott Community Church.  Her faith was of great importance to her and her love for Christ continues to live on as she shared the words of the Bible with her children and grandchildren. She was also very involved in community activism. She was a member of the Susquehanna Township Recreation Board and she was a part of the William Penn Class of ’71 five-year reunion team.

Very caring, giving, generous, and also funny, if you needed a laugh Wanda was the one to call. If you needed someone to talk to she was always there with the best advice. With her kind soul, she always put others before herself. While working at the Depot, she was involved with the SPCC (Ship Parts Control Center) Group sponsoring families of need with food baskets during the holidays. She also made sure the Depot Security Guards Team had a meal when they worked on Christmas Day. She helped many additional families individually on her own as well. She was especially dedicated to improving the lives of children.

Wanda was always willing to step up and help someone in need. She had a true passion for helping others. She earned numerous awards while working at the Depot for outstanding performance, community outreach, and involvement. The most important thing to her was spending time with her family.  She enjoyed her children, grandchildren, brothers, sisters, nieces and nephews whom she loved dearly.     On Sunday, January 7, 2017, Wanda suffered no more pain. She was surrounded by: her husband, children, grandchildren, siblings, and niece.

In addition to her parents, she was preceded in death by her brother William Samuel Banks Jr.  Wanda leaves behind to celebrate her life her spouse Robert E. Pierce Jr., her daughter and son-in-law Yolanda McMillan and Robert McMillan, her son and daughter-in-law Robert E. Pierce III and Erin Samuels-Pierce all of Maryland, her 5 grandchildren Journée and Jalen McMillan, Michaela, Robert Esquire and McKenzie Pierce, her brother Carlos Washington, her sister & brother-in-law Puebla Seay & Rick Seay, her sisters Marva Patterson, Stephanie Washington and Tamika Washington all of Harrisburg, PA, nieces and nephews, George Parris, Shelby Washington, Abrianne Rhoad, Devin Washington, Justice Parris and a host of other relatives and friends.

Wanda Pierce, Mom-Mom to her grandkids, had a kind and beautiful soul that will forever stay in our hearts. She was an angel on earth who touched many lives daily. While her soul lives on in heaven, the support and love she has given will never be forgotten. The beautiful memories with her will continue to be cherished forever.