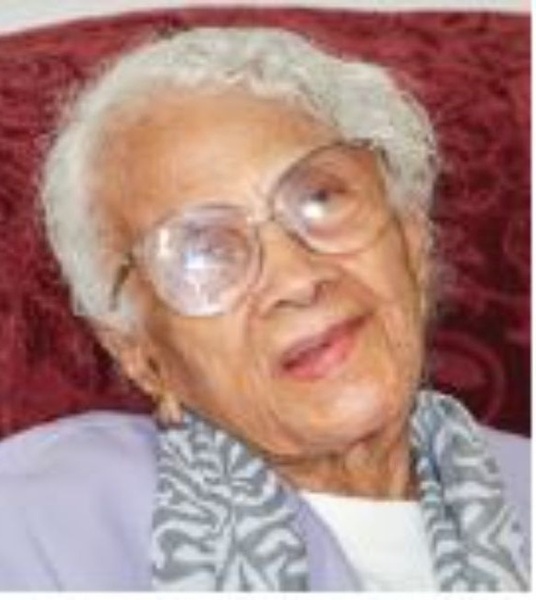 Willa Mae Wilson was born on December 20, 1919 to the late Maddie Brown Richardson and Willie Rayford Richardson in Walhalla in Oconee County South Carolina. She was the second of nine close-knit siblings, which included Montee, Allen, James Harden, Annie Ruth, Jefferson Davis, Howard, Orville and Walter who died as an infant. She received her education attending public schools in Walhalla, South Carolina.

As a young woman, Willa Mae followed her Aunt Adela to Philadelphia. Willa Mae met and married John E. Wilson in about 1949. Together they pursued their mutual love for the outdoors. They were naturalists growing their own food and fast on Sundays. Johnnie and Willa fished off the banks of the Jersey shores and showered love on their beloved pet dog Blaze. John passed away in 1994 after a long illness. Willa nursed him and provided comfort in their Harrisburg home.

Willa never forgot her role of big sister. She would travel frequently, by bus
sometimes as she never learned to drive, to visit her brothers, sister and their families. Willa, known affectionately, as Toogie (a name we later learned she hated) would always send her nieces and nephews Christmas and Birthday cards. She made everyone feel special and they all knew she valued them.

As the years moved along Willa was witness to the loss of her beloved siblings, she continued to come to Lansdale almost every weekend to see the last of her brothers James Harden before he passed away in 2012. Willa Mae was a devoted Christian, she would share memories of how as a small child she and her siblings would stand in a circle and pray with their grandmother. She always worshipped faithfully at church.

Willa Mae worked most of her life as a seamstress. In her later years, Willa Mae moved to Middletown, New York to live with her niece, Sandra Wiggins and her family. The atmosphere was alive with the energy and love of family and Willa fit right in. Willa remained in Sandra’s care until her death on 2/16/2022 at the ripe age of 102. Willa used to say she never thought she would live as long as she did. It seems to mystify her that God had kept her on this earth. For those of us who knew her the mystery is no mystery at all. Willa was simply a bright light in a world that needed light.

*** Mask are required and necessary for all services, thank you.

To order memorial trees or send flowers to the family in memory of Willa Mae Wilson, please visit our flower store.