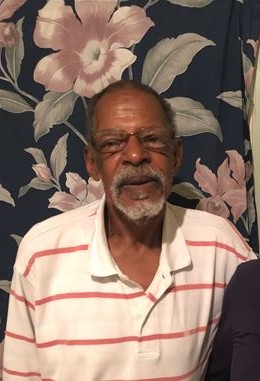 William J. Connor, Jr., 81, of Harrisburg, PA, passed away peacefully in his sleep on the morning of January 1st, 2021 at the Milton Hershey Medical Center in Hershey, PA. He was the beloved son of the late Reverend William James Connor, Sr. and the late Evelyn Wilson-Connor. He was born October 4th, 1939 in Harrisburg. "Main", as he was affectionally called, received his formal education in the Harrisburg Public School System and graduated from the former William Penn High School in 1957. He confessed Christ at an early age and was baptized by the late Reverend William Toland at the St Paul Baptist church in Harrisburg. "Main" worked for State Farm Insurance Company prior to joining the army in 1959 and was served until 1979, to also continue working at the New Cumberland Army Depot. His army duties included Vietnam, Japan, Taiwan, South Korea, France, Germany and Hawaii as an Army Staff Sargent. "Main" like to socialize, he'd often make friends anywhere he went. He also enjoyed fixing things, so naturally he worked on cars whenever he could. The last few years if you didn't catch him playing solitaire, he was either dancing with his wife to artists such as Marvin Gaye, Stevie Wonder, Percy Sledge, Junior Walker & The All Stars, Sam & Dave, and James Brown; or watching ANY action movie with Jean-Claude Van Damme, Steven Seagal, or Chuck Norris. He was Proceeded in death by his parents; his grandson Jayceon Moore; his sister Grace Connor-Williams; his brothers Woodrow Connor, Charles Connor. William leaves to cherish his wife Elretha Connor, his daughter Tanya Connor, two sons Christopher Connor and Dwayne Connor, two sisters Wilma Jackson (twin) and Eleanor, two brothers Douglas Connor and Kenneth Connor, SR; his grandchildren, Daijore Connor, Destiny Connor and Christopher Connor Jr.; and is survived by his great grandchildren, Daijianna Connor, Demauri Smith, Chris Connor; and many, many cousins, nieces, and nephews.