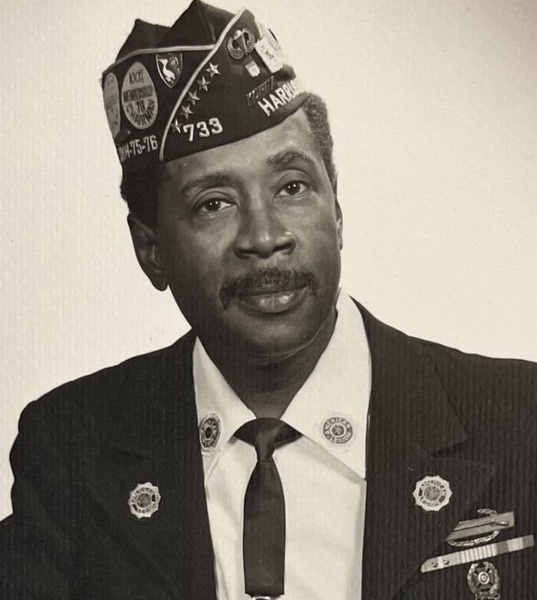 William “Booty” Logan was born on September 27, 1934, in Hume, Virginia. He is the son of the late Thomas Logan and Mattie Wilkins. William transitioned from this earthly life at the age of 87 on Friday July 22, 2022, at UPMC Osteopathic Hospital.

William was a graduate of the former William Penn High School in Harrisburg, PA. After graduating Booty joined The United States Army, where he served in the 82nd Airborne Division Infantry Regiment during the Korean War. After returning from military duties, Booty was employed by L.B. Smith Ford Motor Company, serving over 50 years as a mechanic.

In his later years, William became a transportation messenger and remained
employed with L.B. Smith Ford Motors until his retirement. Even during his
retirement, Booty continued to serve on the company bowling team.

His affiliations included American Legion Post 733, Past Commander, District Commander for the state of Pennsylvania, Color Guard, member of the 1st drill team formed for Post 733. He enjoyed western movies, watching the Eagles, puzzles, and a little bit of golfing. However, Booty loved two activities the most, bowling was his first love and his second would be putting flags on is comrades’ graves.

William leaves to cherish his memories his daughter Vanessa (Donald) Porter, eight grandchildren, nine great-grandchildren, six great-great-grandchildren, foster siblings; Ora B. Manigaulte and Beulah Bass of Harrisburg, PA., George Manigaulte of Philadelphia, PA., a goddaughter, Lynn Williams as well as a host of relatives and friends. A special shoutout to Barry Stermer from the family.

To order memorial trees or send flowers to the family in memory of William Thomas Logan, please visit our flower store.