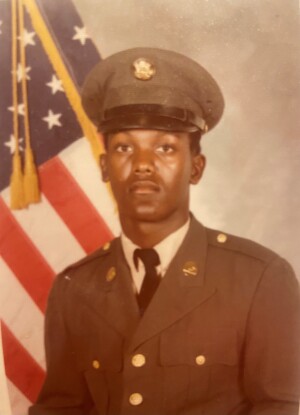 God’s angles slipped into the residence of Marvin Lee Kelso, in Harrisburg Pennsylvania, on August 8, 2021 to carry his child to eternal rest. He was born February 8, 1958 in Lynchburg Virginia to the late Thomas Edward Kelso, II and Mattie Sue Abbitt Kelso. Marvin was preceded in eternal rest by both parents and his brothers Harold, Calvin, Thomas “June Bug” as well as Raymond.

Marvin leaves to cherish two children from his union along the side of Angela Kelso: LaShannon “Coop” Kidd (Timothy “Big Dog”) of Appomattox, Virginia and Marvin “TK” “Buddy” Kelso of Jacksonville, Florida; a significant other, fiancé and life partner of 31 years, Bridget Carter of Harrisburg, PA; three grandchildren, Tre’Suan “The Oldest”, Ta’Vian “Big Boy” and La’Myah “Baby Girl”; one sister, Mattie “Jenny” and two brothers, Leroy (Verlyn) and Walter (Tonyia), all of Appomattox, Virginia. He also leaves several family members and friends to cherish in his memories in Harrisburg, PA including the family of Bridget Carter and Raymond Morgan, his cousin who was like a brother and a host of other relatives and friends.

Marvin loved the Buffalo Bills football team, Western TV shows/movies and wrestling. He joined the Canaan Baptist Church of Appomattox at a very young age. He served in the Army National Guard where he received an honorable discharge in 1982. He worked at Susquehanna Township school district until his health failed him and he retired.

To send flowers to the family or plant a tree in memory of Marvin L. Kelso, please visit our floral store.