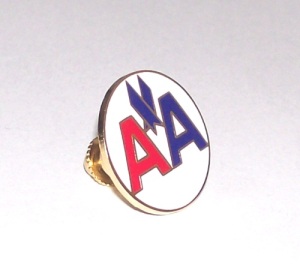 Wayne Lamar Henry was born on January 17, 1955 in Harrisburg, PA to the late Ramona Henry Lewis and Robert Williams.  Wayne was educated in the Harrisburg Public Schools system.  He graduated from Harrisburg High School, where he played tennis and the bass drum in the marching band.  Wayne was baptized as teenager at Goodwin Memorial Baptist Church.  Wayne continued his education at Clark College in Atlanta, GA (currently known as Clark Atlanta University), where he received a Bachelor’s of Science degree in Biology.  He also received a tennis scholarship.

Wayne returned to Harrisburg for a short time after graduating from college, and eventually moved back to Atlanta to begin his career in environmental science and research.  While living in Atlanta he met Robin Harmon, a graduate student at the time.  They moved to Maryland, where they married in 1984.  To this union, Robin Camille and Wayne II were born.

In Maryland, Wayne was employed by WR Grace for many years, where he made strides in the chemistry field. His second career started only recently as a flight attendant for Piedmont American Airlines.  He was truly in a happy space, doing something he loved – meeting people and traveling.

Some of Wayne’s favorite pastimes were skiing, golf, tennis, cooking (he grew his own vegetables), woodworking and puzzles.  He liked working on cars.  He “collected” plenty of tools and equipment to pursue these hobbies and interests.  His background also lent to his knowledge of gems and precious metals.

His family and friends meant a lot to him.  He always wanted to make sure everyone was ok. He loved his alma mater and returned often for homecoming and reunions.  He enjoyed music and going to hear live jazz.  Isaac Hayes was by far his favorite artist.

Wayne was a member of the Harrisburg School Board and The Boy Scouts of America. He may have left this earth but not without leaving his mark on the many who loved and admired him.  In addition to his parents, he was preceded in death by his stepfather, Lester Lewis, his brother Clarence Lewis, and his sister Carolyn L. Henry.  He leaves to celebrate his life and memory, his wife, Robin; his daughter, Camille; his son, Wayne II; his grandchildren Melvin Howard and Carinne Brown; his brother, Arthur Lewis (Misty); nieces, Myra Douglas and Jordan Lewis; great nephew Nehemiah Douglas; special cousins, other relatives, coworkers and friends.

To send flowers to the family or plant a tree in memory of Wayne L. Henry, please visit our floral store.