In the late 1800’s, Walter J. Hooper Sr. came to Harrisburg from Philadelphia and was recognized by the local media for being on the cutting edge of human preservation and bringing the most advanced embalming techniques with him. He started in business with another funeral director who passed early in his career, at this time my grandfather founded Hooper Funeral Service at 604 Forster Street in Harrisburg. Not only was he an entrepreneur but he was also a strong community leader who believed in our youth, among his many accomplishments, Walter became a charter member of the former Foster Street Y.M.C.A. Walter J. Hooper Sr. died at an early age and his daughter Millicent Hooper, at the tender age of twenty three continued the legacy and she changed the name to the Hooper Memorial Home.

Millicent was in business for over sixty years and had accomplished many firsts in her career.  She was the youngest to pass the Pennsylvania State Board of Funeral Directors examination, first female president of the United Cerebral Palsy Center of Camp Hill, PA and many others. She also built the second location of the business at 1416 Cumberland Street when the State used the imminent domain law to create State parking in the original location of 604 Forster Street. During her tenure as a businesswoman, she raised two sons.  She passed December 5th, 2004 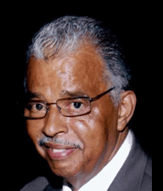 In 2001 Lance and Angela built the current funeral home in its present location at 3532 Walnut Street, Harrisburg. This is another first for the Hooper legacy because this is one of the largest of any funeral homes in the South Central Pennsylvania area with seating for over 200 and parking for over 100 cars. Since its inception, it has become somewhat of a tourist attraction in that we get persons from out of State and the surrounding area who come to visit and see our place.

This foundation was created to honor Millicent Hooper: second generation of the funeral home and owner for 65 years, philanthropist and community activist. The organization was developed to assist students in need of financial aid because the primary caretaker of the family had predeceased them. It is in the spirit of Millicent's life because she was always helping and mentoring children in need.

For almost a hundred years now Hoopers has been dealing with grief stricken families, through our services, we strive to lessen the burden of death as much as possible. We have always been proud of our conduct in the details and arrangements of our services. 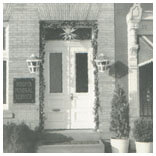 The original location, 604 Forster Street was built by Walter Hooper Sr. in the early 1900's

1416 Cumberland Street was built by Millicent Hooper in 1956 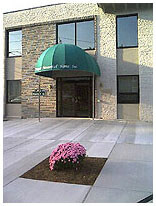 The present location at 3532 Walnut Street, Harrisburg 2001 by Lance and Angela Ulen

A year of daily grief support

Our support in your time of need does not end after the funeral services.  Enter your email below to receive a grief support message from us each day for a year.  You can unsubscribe at any time.