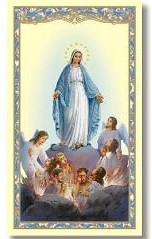 Donald was born on Friday, February 15, 1929. He is the last of ten children of the late George and Fannie Hall Weedon.

Don attended the Frederick Public School System but had to leave school at an early age to help work on the farm where he was raised. In 1943, Donald moved to Harrisburg, Pa. and became employed as a maintenance worker for the Seiler School under the supervision of Dr. Louisette Logan, the director, who taught him French, which he frequently enjoyed speaking.

Following his employment with the Seiler School, Donald became employed with the Thomas Caldwell family. He became a part of their family. He, at that time, was 15 years of age. On February 15, 1951, his birthday, he enlisted into the Army and was Honorably Discharged on March 1, 1957. After his tour of duty, he returned to the Caldwell family until his new employment as a Capitol Police Officer for the State Library. One of his duties was directing traffic at the foot of the State Street bridge during rush hour giving everyone the Sign of The Cross. He retired after 30 years of service. Donald was very proud being a part of the Caldwell family for over 77 years.

Donald, also known as The Monsignor, became a member of St. Patrick’s Cathedral Church. He was a devout Catholic. He served as an Eucharistic Minister; did volunteer work in the office; enjoyed chauffeuring many Monsignors that he served under to different areas of the Archdiocese. One of Don’s most cherished memories was traveling to Rome and meeting Pope John Paul 11. He was a member of St. Patrick’s Cathedral for over 60 years.

Don enjoyed calling his family and friends daily, watching CNN on TV and most importantly, his western cowboy movies. Not a sports fan, but he enjoyed watching the University of Kansas Jayhawks basketball team. Also, due to the pandemic, not attending Church services, he watched his Catholic services faithfully every Sunday.

Another favorite time in Don’s life was Thanksgiving and Christmas. He enjoyed being invited to his cousin Kelly’s home for dinner with family. He also looked forward to our yearly family reunion which was held between Frederick and Harrisburg.

Donald was a Knights of Columbus and Fraternal Order of Police Life Member.

Donald was preceded in death by his four sisters, Estelle, Lillian, Caroline and Dorothy; five brothers, George, William, James, Frank and Howard. He is survived by a host of nieces, nephews, grand and great grand nieces, and nephews and cousins; four very special people who were always available when Donald needed assistance: Francis, Timmy, Ingrid, and Sarah. Thank you.

“ARRIVEDERCI: Goodbye, till we meet again.”

To send flowers to the family or plant a tree in memory of Donald S. Weedon, please visit our floral store.